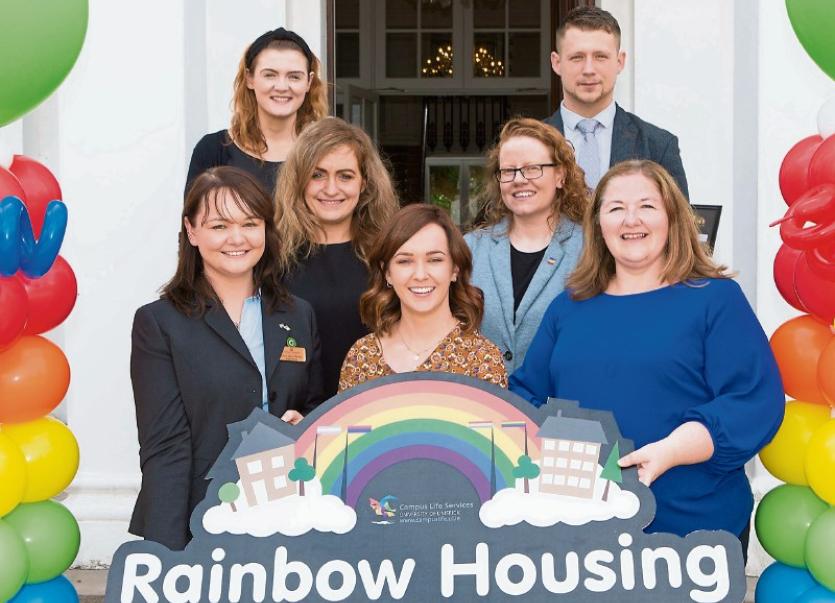 MAYOR of Clare Cathal Crowe has described the University of Limerick’s plan for LGBT-only housing as “retrograde”.

Earlier this month, our sister newspaper, the Limerick Leader exclusively revealed the plans by the college to provide on-campus accommodation exclusively for students who identify as lesbian, gay, bisexual, transgender, queer, questioning or intersex (LGBTQ)

The accommodation would also be open to ‘allies’ of the LGBTQ community.

But Mayor Crowe, a graduate of the university himself, believes the idea is “a bit daft”.

”I’m big on inclusion and equality, but I think this idea from UL (University of Limerick) is a bit daft when almost all students of the college are struggling to find affordable accommodation. On top of that, it’s hugely segregationist. Why put LGBT students into separate accommodation,” he asked.

On a post to his Facebook page, the Fianna Fail councillor added: “It’s 15 years since I graduated from UL and I considered it to be an open and tolerant campus. This entire idea seems a bit OTT (over the top) and retrograde.”

However, The Leader correspondent and LGBT activist Richard Lynch said: “Everyone has an opinion about these things, and if you’re not an LGBT person, you probably do not understand the need for Rainbow Housing. He is not a gay person, he is entitled to his opinion. But I think the people who put this together found a use for it, and I’d trust they would have done their research, seen the need and tried to fulfil that need.”

Richard added: “I don’t see what the issue is. I cannot see why he has a problem with it. I don't get it. Obviously UL did  their research and felt there was a need for it.”

Mayor Crowe told Clare FM that he fears segregating students might be counter-productive in fostering a spirit of inclusion.

The vice-president of academic affairs at UL Student Life, Colin Lynch says Rainbow Housing is designed to provide a safe space for students in need of additional support, and that hundreds of applications have been received.

"It's going to be fantastic seeing UL progress and move with the times. UL is a great place for inclusion, but if we are to say Ireland as a whole, Limerick as a whole of the country, that homophobia, transphobia and biphobia doesn't exist, we are fooling ourselves,” he told the radio station.