Limerick village feels the need for speed with Cannon Run 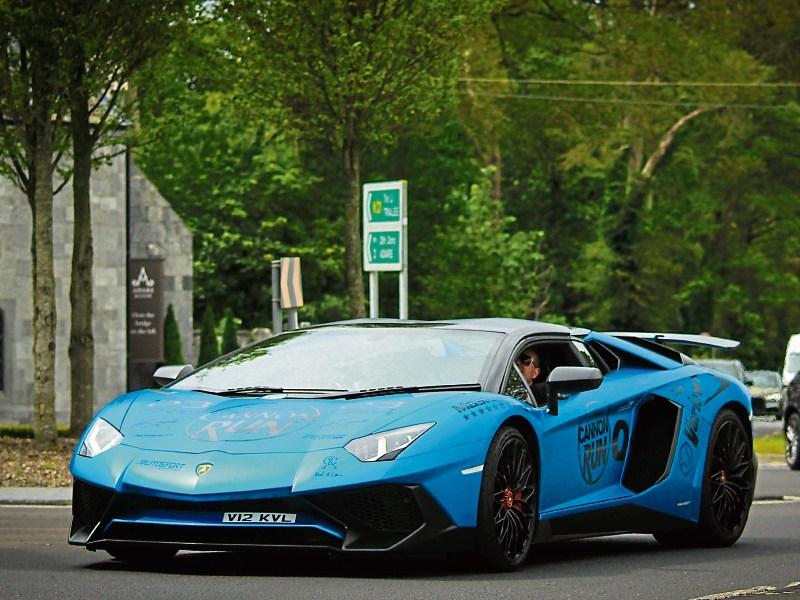 ADARE was treated to a rare sight recently as dozens of high performance cars drove through the village as part of Cannon Run Ireland.

The Cannon Run cars, which were shipped in to the country from the UK, gathered in Tralee before making their way to Bunratty Castle where huge crowds gathered outside Durty Nelly's.

Adam O’Brien, a 17-year-old photographer from Knockainey, was in Adare to capture the sight.

“I made my way to just outside Adare where I caught part of the convoy. The day was dry and cloudy, perfect conditions for driving, and the sheer sound of the cars passing was exhilarating. The Lamborghini Aventador SV was the car that stood out most to me, with an eye-boggling asking price of €357,000. It gave the Limerick roads a good run for its money,” said Adam.

“Not only did it stand out for its eye-catching blue colour but also for the sound of the V12 engine screaming down the Limerick roads turning heads everywhere,” he added.

Other high-performance cars from the likes of Ferrari and Bugatti were also on show at the event, which is in its second year.

Last year’s event took in the North-West and Northern Ireland, including a leg through Giant’s Causeway.