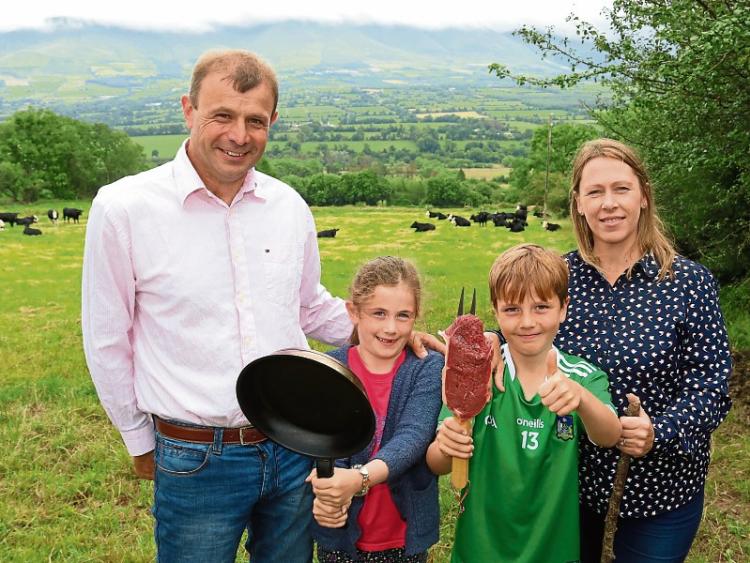 WHEN Farm Leader read that, according to national media, the World’s Best Fillet steak came from County Limerick we had to find out who it was.

That was all the information we had to go on but Farm Leader got to work using a few tricks of the trade. It turns out it didn’t come from County Limerick at all but just over the border in County Tipperary.

John Ivory is the man who has the rare accolade of producing the best fillet steak in the whole world. His address is Corderry, Galbally hence people presuming he was from County Limerick.

The World Steak Challenge considers steaks from 25 countries and about 31 different breeds, all vying for medals and champion’s titles so it’s no mean feat to be crowned a winner.

John’s steak, from a grass-fed Angus cross, was described by the judges as a “picture-perfect fillet with all the flavour to back it up”.

The fillet, sold by supermarket Aldi under their specially selected own label and produced by ABP Cahir, was one 75 accolades for Irish producers at the awards, which were being held in Ireland for the first time.

John said it was “a one in a million chance” and “it was a nice surprise”.

When contacted by the Limerick Leader, John said “I’m actually a Tipperary man!”.

“I’m on the boundary with the Glen and Galbally. The whole farm is in County Tipperary. Some letters do come addressed to me as County Limerick,” explained John, who is married to Ailish. Children, Ruairi, aged 8, and Orna, 7, are both very proud of daddy’s success as one of the best farmers in the world.

The modest drystock farmer said he didn’t even know he was in the prestigious competition.

“They sent in some samples and mine happened to be the one they sent it. I buy the Angus crosses at local marts. They could be out of dairy or suckler cows.

“I didn’t do anything different this year compared to other years. I buy them at a year and a half and they go to the factory between 26 and 29 months. They get some meal six or seven weeks before they go to the factory but I wouldn’t be a heavy user of meal,” said John. The sweet grass of the Golden Vale does most of the work. Judges for the blind tasting included top UK, European and Australian chefs, butchers, food writers, meat scientists, authors and trade personnel.

ABP said they were particularly pleased to be judged winners of the World’s Best Fillet Steak thanks to John.

In total, ABP were awarded 13 gold, 14 silver and 13 bronze accolades across a number of different categories. The company saw off stiff global competition to take home the highest number of awards by any company on the night.

Dave O’Connell, European commercial director, ABP, said: “ABP is delighted to have received 41 awards, which included 27 awards for ABP Ireland. This is further endorsement of our ultra tender process that currently sees ABP beef served in over 200 Michelin starred restaurants across the world.

“It is also an acknowledgement of the hard work and dedication of our teams in Ireland and across Europe.”