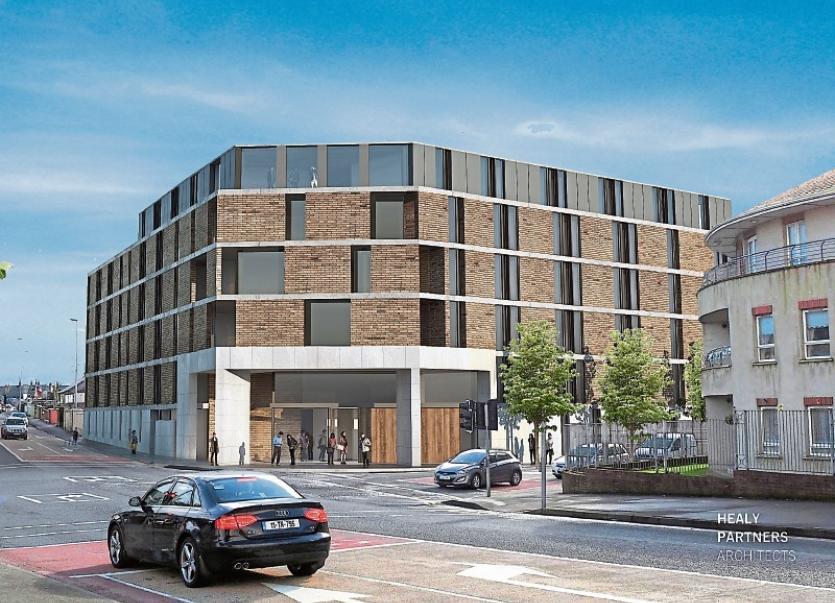 DEVELOPERS will still bid to build a six-storey student complex on the northside, despite its existing planning application rejected for being incomplete.

As revealed by the Limerick Leader this week Shelbourne Medical Properties is seeking to invest millions of euro to knock the old Hassett’s Pub at Hassett’s Cross and replace it with a towering apartment complex.

The proposals provide for 31 student units and would contain 143 bed spaces in total, with a medical centre beside the site.

However, there has been a backlash locally against the scheme, with one resident describing what is planned as a “monstrosity,” and two local councillors urging the developer to call a public meeting.

It has emerged this Wednesday that the developer will have to submit a fresh planning application after its initial one was deemed by the local authority to be incomplete.

While a representative for Shelbourne Medical Properties did not comment, sources close to the scheme have indicated this will happen.

It comes with opposition growing in neighbouring communities, with a series of meetings planned over the next fortnight on how to response to the blueprint.

Ger McNamara, who lives in the shadow of where the development is planned, said: “It’s a six-storey monstrosity which will be looking in over our wall. We will lose complete privacy because of that. It’s obviously going to impact our lives dreadfully.”

He said that the proposal is at least three-storeys higher than other buildings in the area.

“It’s excessive in scale, that's our honest opinion on it,” Mr McNamara added.

For their part, the developer, in a statement issued through Rooney’s Auctioneers last week, highlighted the fact the scheme will lead to the clean-up of a derelict eyesore close to Thomond Park, the fact student halls will free up rental space currently used by those attending the Limerick Institute of Technology, and the jobs spin-off which will be provided.

However, Sinn Fein councillor Sharon Benson claimed unlike in Castletroy, students living in residential houses are “few and far between”.

“Building a block of student accommodation is not going to free up as many houses for families as they think,” she said.​

She also pointed to the fact that current student accommodation north of the Shannon is not being filled by its intended residents.

The Limerick Leader revealed in March many homeless families were being put up in student halls in the Old Cork Road.

Cllr Benson added: “It’s an important site, right across from Thomond Park which attracts visitors to the city. You can’t just put something in there which is six-storeys, out of keeping with the whole area.”

“If you try and put something in an area like this without consulting and engaging with people living there, immediately it gets their backs up. Anything that can free up the private rental market is good, but I would stress there needs to be proper consultation. I think the company putting in this student plan really needs to attend a public forum where they can hear from people who live in he area and directly address their concerns,” he said.

”We want to see some sort of development there. But not at the scale of what they’re talking about at the moment. We’d like something which would be consistent with the other sizes, if you know what I’m saying,” he added.