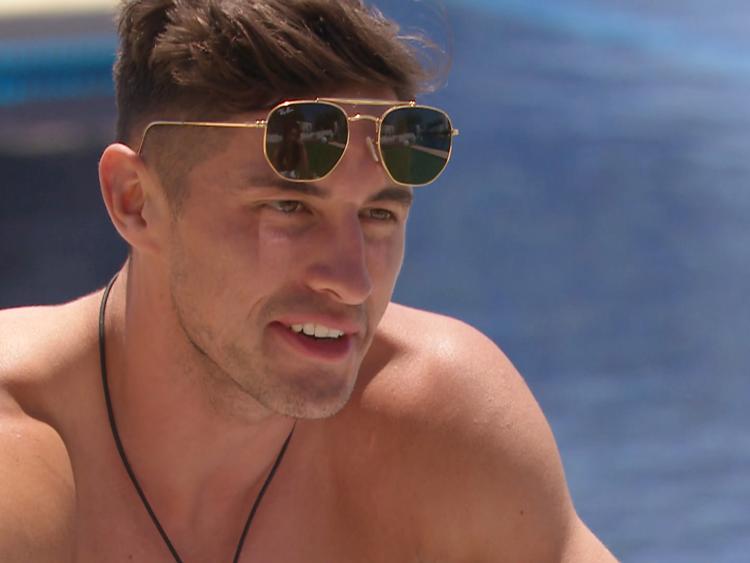 Greg O'Shea is playing the field in Love Island

LIMERICK'S Love Island heartthrob may be taking time away from his day job as a rugby pro - but he’s certainly still playing the field on the hit ITV series of the summer.

Last night, millions of people (definitely including a few new viewers from the Limerick area) tuned in and saw Corbally man Greg O’Shea take not one, but two lucky ladies from the villa on dates.

First up was Amber, who joined Greg on the Hideaway terrace for a chat over a bottle of champagne.

The two reveal what they look for in a partner, with Greg saying: “I’m looking for confidence. You’re obviously very confident.”

Though Amber confesses she’s never dated a rugby player before, the 24-year-old 7’s player reassures her: “There is a first time for everything.”

After the date, Amber gushes to some of her fellow Islanders: “His accent is fabulous. And he can take the banter.”

“I’m telling you now, I haven’t liked one boy that has come in. That boy has got the luck of the Irish!” says the 21-year-old, who has been unlucky in love since splitting with Islander Michael.

The pair talk about Maura and Curtis’ blossoming relationship, with Greg asking: “Could you see at any stage his head being turned again?”

Maura replies: “Anything could happen. I’d hope it wouldn’t but I can’t really call it.”

Meanwhile, it appears Michael may be having second thoughts about dumping Amber, with Ovie offering Michael some advice: “Don’t let your pride hurt you. Don’t fight yourself.”

Michael, who was previously coupled-up with Joanna, who recently left the villa, says: “Now that Joanna has gone, it has given me time to think about things. I’m not saying I don’t like Joanna, because I do. But I feel like because Joanna was there I actively avoided Amber.”

Look's like Greg's in for a game of tough love...

This content is brought to you by The Otto Clinic