Acclaimed musical returns for round two at Limerick's Lime Tree 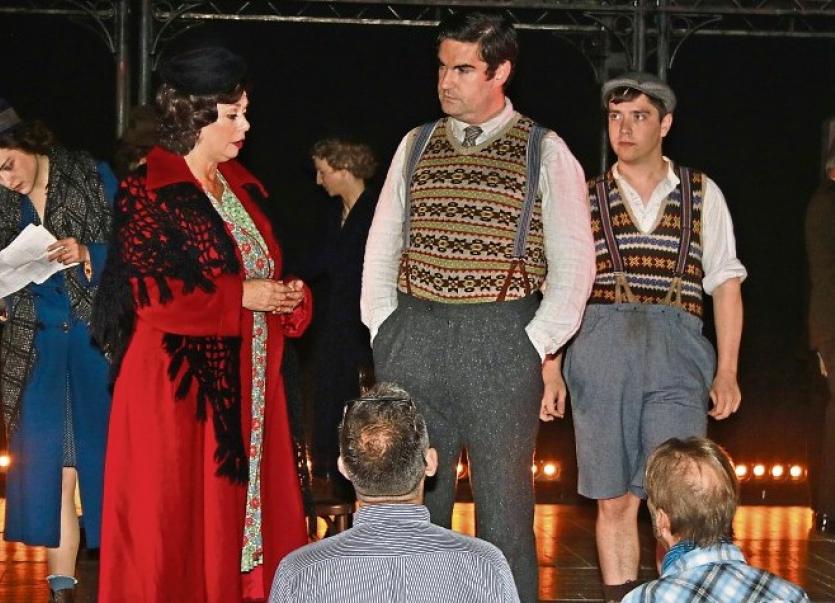 The cast and crew of Angela’s Ashes The Musical were busy in rehearsals PICTURE: Adrian Butler

THE DIRECTOR of the critically-acclaimed Angela’s Ashes musical has said that there are “many plans for it to go on” as it makes its homecoming return to Limerick for the first time in two years.

The show will kick off at its spiritual home, the Lime Tree Theatre, this Thursday and will run for 11 shows at the Mary Immaculate College venue until Saturday, July 27.

A special guest during one of the shows will be Frank McCourt’s brother, Malachy McCourt Jnr, who will see the musical in-person for the first time. As a young Malachy is in McCourt’s iconic memoir, he will also be a feature in Paul Hurt's and Adam Howell's musical adaptation, and directed by Tom Sutherland.

And while it has been on stage before, with almost unanimous fanfare from audiences, Tom tells the Leader that this year’s show will not be an exact carbon copy.

Starring Jacinta Whyte and Eoin Cannon, there are four new actors and nine actors who performed in the 2017 show.

“We are not just replicating what we did last time; there are changes in the show. There are some new sections, some new bits, there’s bits that have changed, there are developments. It’s a new musical. It’s theirs. This cast is not the second cast; it’s the next cast.

“It just had this tremendous response from the audience, and we were trying to work out where it’s going to go next, but everybody wanted to come home and come back. There are many plans for it to go on,” he explains.

Tom, who has been acquainted with Frank McCourt’s literary classic since he was young, says that the legacy of his work surrounds his triumph and achievements.

“He is an extraordinary human being, but he’s not unusual. Anybody has the ability to be Frank McCourt. If you’re in the situation where you have belief and you want it great enough, it will happen. The story is inspiring.”

The first of 11 shows takes place this Thursday at 8pm at the Lime Tree Theatre. Tickets can be purchased online or via the box office.