Greg kept his Love Island plans a 'secret' from family 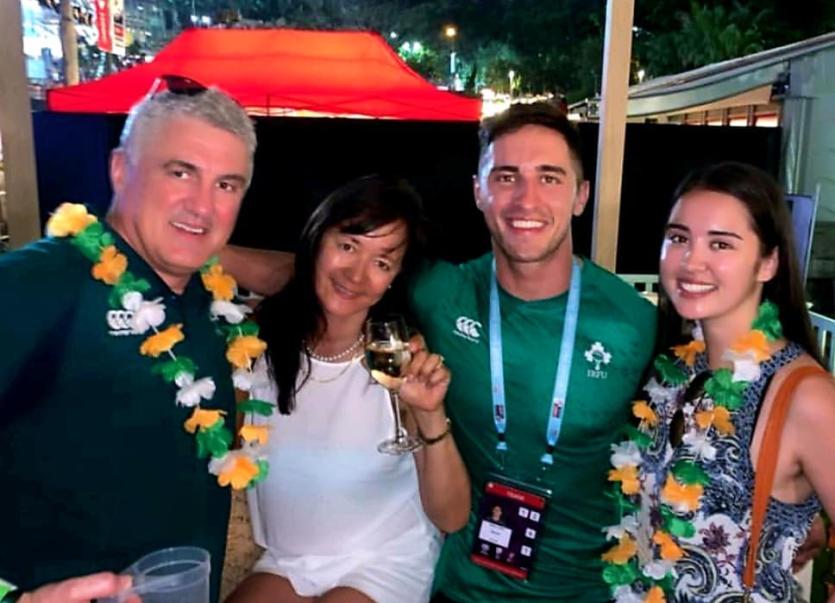 BIG SISTER to Love Island’s newest heartthrob Greg O’Shea has spoken out about her “baby brother’s” decision to go on the show which came as a “shock” to his unknowing family.

Sister Laura O’Shea said: “It was a shock to say the least! We found out with everybody else, he kept it a secret the whole time, so the shock was very large in our house last night in Corbally.”

It appears that the 24-year-old chose to keep his plans to enter the villa under wraps, jetting off directly to Majorca from Paris where he played with his Seven’s team this weekend in an Olympic qualifier.

“He took off to Majorca from Paris, we got a few weird requests for a couple of pairs of shorts and sunglasses. We thought he may have met a girl in Paris - he was packing a bag for Majorca!”

Laura revealed to Muireann O’Connell on TodayFM that the family are not fans of the show, and have been hastily catching up on the happenings to prepare for Greg’s TV appearance.

“We haven't been following it in our house, so we’ve been catching up for tonight when it all kicks off,” she said.

Sibling day out.. @gregoshea & myself making the most of @jessqmcd flying visit home and getting tattoos #family

Speaking of Longford model Maura Higgins, who Greg reportedly has his eye on, she said: “They all seem lovely, she seems like a bit of craic. We’ll just have to see - there’s a lot of women in there and he’s not afraid to put himself out there.”

Laura describes the shock that has come as a result of her youngest sibling’s sudden rise to TV stardom: “He’s the baby of the house, big and bold but yes - he’s the baby. A lot of people thought it was a joke, to be fair. When we saw his phone was off we realised it was real.”

“He’s such a great guy, and everyone is saying they’re excited to see him on the show.”

Laura says that Greg, who came out of a four-year relationship last year, has always been coupled-up: “He’s always been in a relationship, since he was 13 or 14. He’s very genuine and loyal, when he loves he loves big.”

When asked how she feels about seeing her younger brother kiss other contestants on the small screen, Laura laughs: “I’m not going to make a comment on that one!”