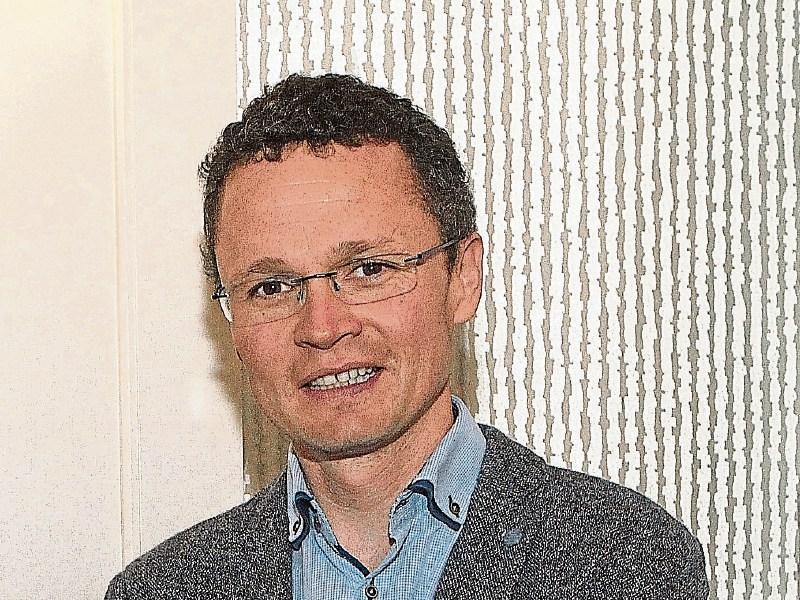 Minister Patrick O'Donovan:  ‘It is a major safety issue. It is one of the primary junctions in the county’

MINISTER for State Patrick O’Donovan wants to drive home to road users that the planned €2m roundabout at O’Rourke’s Cross is going ahead.

While supporting Fine Gael colleagues on the local election trail Minister O’Donovan heard rumours that the project was being shelved.

“It was brought up at several houses with me that some people canvassing were saying, ‘This thing will never happen and they are not committed to it’,” said Minister O’Donovan, who then personally contacted Transport Infrastructure Ireland (TII) to clarify matters.

He received a response from the Mid West National Road Design Office.

It reads: “A roundabout is proposed to be installed at O’Rourke’s Cross. The Part 8 was approved in October 2017. The council is currently arranging for the finalisation of the CPO documentation, with a view to publishing same later this year, pending approval from TII.”

Minister O’Donovan said this is confirmation that a roundabout will be constructed at the location on the N20 Limerick to Cork road.

“It is a major safety issue. It is one of the primary junctions in the county. It links west Limerick to south Limerick and Limerick city to Cork city. It is a hugely important junction and a massive piece of infrastructure right in the heart of the county.

“It is something since I was elected as a Dail deputy that I’ve been trying to push for. This is confirmation that will really be welcomed by the residents locally and road users,” said Minister O’Donovan.

“There is a planning process there. Local engagement has been important but from my point of view the most important element is the safety element of it and its strategic position in the centre of the county,” said Minister O’Donovan.

Back in October 2017, engineers from the Mid-West National Road Design Office unveiled their plan to the then councillors in the Cappamore-Kilmallock municipal district. It was a four legged roundabout. The meeting heard that if all goes to plan it could be in situ by 2019/2020.

Councillors expressed reservations about a four legged roundabout. Cllr Mike Donegan “strongly recommended” that serious consideration be given to adding a fifth arm to the roundabout to go directly into the filling station, and relocating both bus stops to the parking area.

Engineers said there is a 60% higher accident rate on five-leg compared to four-leg roundabouts. One said: “We have to design to the TII’s operating standards.”

In the end, the seven councillors backed the four legs.

In 2018, the councillors said a “gun was put to their heads” to vote for a four-legged roundabout at O’Rourke’s Cross in 2017.

Cllr Mitchell said at the meeting in October 2017 a statement was made by a council official that councillors would have “legal implications” if they did not support a four-legged roundabout.

“This was a heavy statement that changed the course of the meeting. We were pressurised into it,” said Cllr Mitchell.

They called a rare special meeting with Conn Murray, CEO of Limerick City and County Council, in October 2018. They asked Mr Murray to use his executive power to rescind their decision to proceed with a €2m plan for a four legged roundabout.

Mr Murray said it is a matter of road safety and their original decision was the correct one. Now that Mr Murray is to retire from his position next month it is not known what the new councillors’ next move will be.