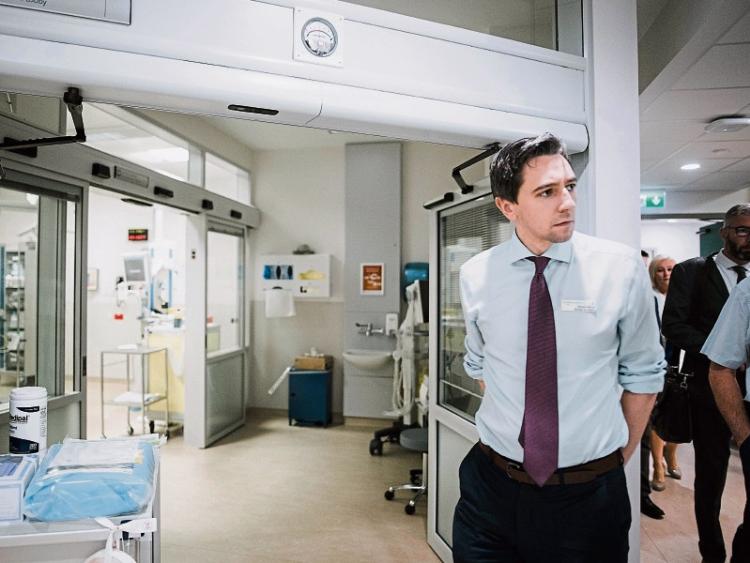 COUNCILLORS have backed a call for an urgent meeting with Health Minister Simon Harris to discuss the trolley crisis at University Hospital Limerick (UHL) and to explore ways to restore  24-hour Emergency Department facilities at Ennis and Nenagh.

They want the Minister to meet with TDs and councillors in Limerick, Clare and Tipperary.

“In April this year, University Hospital Limerick set a new record with 81 patients being treated on trolleys in its emergency department and on wards,” Cllr Collins said. “This was the first time in the history of the State that any hospital in the country had more than 80 patients on a trolley.”

However, he added, this was “not an isolated day in the ignominious recent history of UHL”. “UHL is now recognised by all and sundry as the most overcrowded and most underfunded hospital in the country. The nurses have warned about patient safety and staff stress.

“Four hospital consultants took the unprecedented step of co-signing an open letter to the Minister for Health expressing their deep concerns about under-staffing at the hospital,” Cllr Collins pointed out.

He reminded councillors that ten years ago, the 24-hour emergency departments in Nenagh and Ennis had been closed down and transferred to Limerick. Now, he continued, patients at UHL who have been occupying a bed for more than 30 days, are  being transferred, where appropriate, to Nenagh and in some cases to Ennis and St John’s.  Up to 15 patients a day are being moved “to ease overcrowding” at Limerick, he claimed.

The injury units in Nenagh, Ennis and St John’s need to be updated to full-service 24-hour Injury Clinics, he argued.

“In other words, we need to go back a step in order to go forward.”

He also argued there has not been sufficient investment in UHL. There is, he said,  a nationwide problem of underinvestment.

“There are now 479 vacant consultant posts (including 23 Emergency Department Consultants) in the country and 542,000 patients waiting to see a specialist.  But it is a nationwide problem that is at its most acute in Limerick and it has the potential to affect the safety of people living in the Mid-West.”

He called on Minister Harris to make an unannounced visit to UHL to see the situation for himself. And he asked for details on consultant staffing levels at UHL.

Cllr Sheehan who also called for an urgent meeting with Minister Harris said he was conscious the role of councillors was limited but he felt the Minister should afford them that courtesy.

“Nobody can deny there is something wrong with the Emergency Department in UHL,” Cllr John Sheahan said. But, he continued, he didn’t believe resources were the problem. Rather, he said, it was vested interests that caused the problem.

Fianna Fail had had “ample opportunity” to demonstrate their lack of confidence in Minister Harris, Sinn Fein’s Cllr John Costello said, but “they baulked at the chance.”