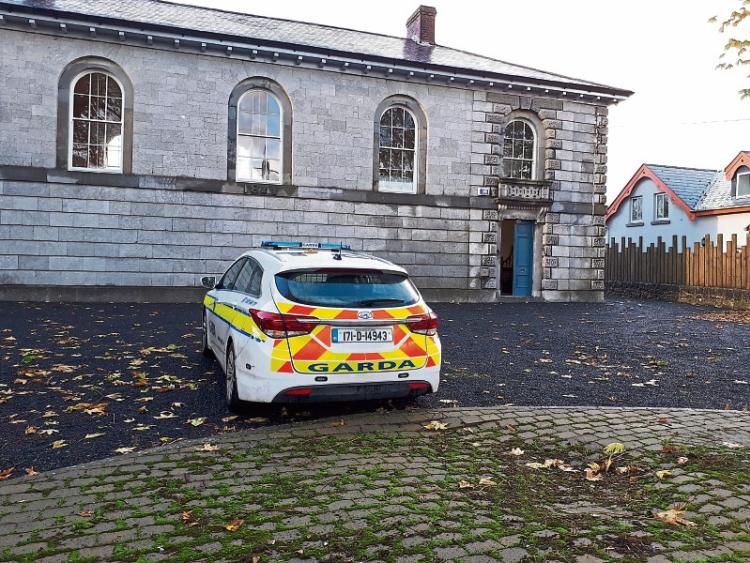 A JUDGE said two women in their 70s fighting on the street “both gave as good as they got”.

Christina Ryan, also aged 71, said Maureen Ryan punched her “in the boobs and stomach” and banged her head off a footpath. The two women are first cousins.

On the night before the altercation Christina Ryan said they went for a nice meal. She then stayed in Maureen Ryan’s home in Killaline Heights.

“The next day I stayed in bed as long as I could. When I went downstairs she was eating her dinner. There was an empty bottle of wine. She started going on about me stopping her from going to my husband’s funeral.

“I still had my dressing gown on. She attacked me at the bottom of the stairs. I said, ‘I can’t stop anyone from going to his funeral’. She came at me with a carving knife. I saw my life passing in front of me. I ran out the door,” said Christina Ryan.

Inspector Niall Flood asked her what happened next.

“This was evening time. She followed me down the road in her car. I tried to hide but she saw me. She grabbed my head and banged it off the footpath. She threw me into her car. I was in bits. She brought me back up to her house.

“I said I wouldn’t go in there because she would kill me. A man said, ‘Go in ladies’. I said I was not going anywhere until the guards came,” said Christina Ryan.

Answering questions from Insp Flood, Christina Ryan said she is living in Wexford but had returned from America in the days before the incident.

“We were supposed to land in Dublin but do you remember the snow? We couldn’t land in Dublin so we landed in Shannon. Maureen collected me,” said Christina Ryan.

“You were friendly?” asked Insp Flood.

“We were. Not any more,” said Christina Ryan.

Con Barry, solicitor for Maureen Ryan, put it to Christina Ryan that she was being “colourful with the truth”.

“You were drinking the wine?” said Mr Barry.

Newcastle West Court heard that after the row about Christina’s late husband’s funeral and his will, Christina left the house.

Mr Barry said Maureen Ryan followed Christina Ryan because she was concerned about her.

“You did not know the area. It was cold. It had snowed. She asked you to come into the car. She was concerned about you,” said Mr Barry.

“She punched me in the boobs and stomach and hit my head off the footpath. She then dragged me into the car,” said Christina.

Mr Barry said: “It did not happen.”

“It did,” said Christina Ryan.

Mr Barry put it to Christina Ryan that she was “in a rage”.

“I was not in a rage. I was terrified for my life,” she replied.

Mr Barry put it to Christina Ryan that she “came towards” Maureen Ryan.

Judge Gearty was handed in photographs of Christina Ryan’s injuries.

“I went to Limerick hospital first and then Cork. I had a lump on my head and bruising. My face was in bits. I had to go to a skin clinic - it’s still damaged. I had tenderness in my neck region. My whole face swelled up. It was black and blue. My eye was closed. I didn’t step out outside the door for three months. I was terrified,” said Christina Ryan.

The next witness was Sergeant Tadgh Reeves. He was the man who said, “Go in ladies”.

Sgt Reeves, who lives in the locality, said on the evening of March 5, 2018 he was at home.

“I heard commotion - doors slamming and a verbal exchange, basically shouting. There were two ladies. They both went inside. I went back into my house. I heard further commotion. I went to have a look. The lights were on and the curtains were open.

Mr Barry asked Sgt Reeves if both ladies were intoxicated.

“The other lady (Christina) was definitely under the influence based on her demeanour. I can’t say if Maureen Ryan had been drinking,” said Sgt Reeves.

Mr Barry asked if the incident was out of character for Maureen Ryan.

“Absolutely. I never encountered anything like that. She keeps to herself. I was surprised,” said Sgt Reeves.

Mr Barry said his client Maureen Ryan wouldn’t be taking the stand. He made an application to Judge Gearty to dismiss the case.

Judge Gearty said she was “not accepting” his application.

“Your client does have a case to answer,” said Judge Gearty.

Mr Barry then asked for a dismissal on the grounds of reasonable doubt.

“The evidentiary threshold hasn’t been reached. Sgt Reeves saw Christina Ryan pin my client to a patio door. Any doubt whatsoever must go towards my client,” said Mr Barry.

“She got up. Words were exchanged in relation to a funeral. The injured party left with her suitcase. She was followed by Maureen Ryan who carried out an assault and bundled her into the car.

“She (Christina Ryan) received a lot of injuries to her face. She was taken to the emergency department. The doctor’s report said she received injuries consistent with an assault,” said Insp Flood.

Judge Gearty said she had listened carefully to the evidence and pointed to Sgt Reeves’ independent evidence.

“It does seem quite clear that both gave as good as they got. It is very unseemly of the two ladies. I am dismissing the prosecution (against Maureen Ryan),” said Judge Gearty.