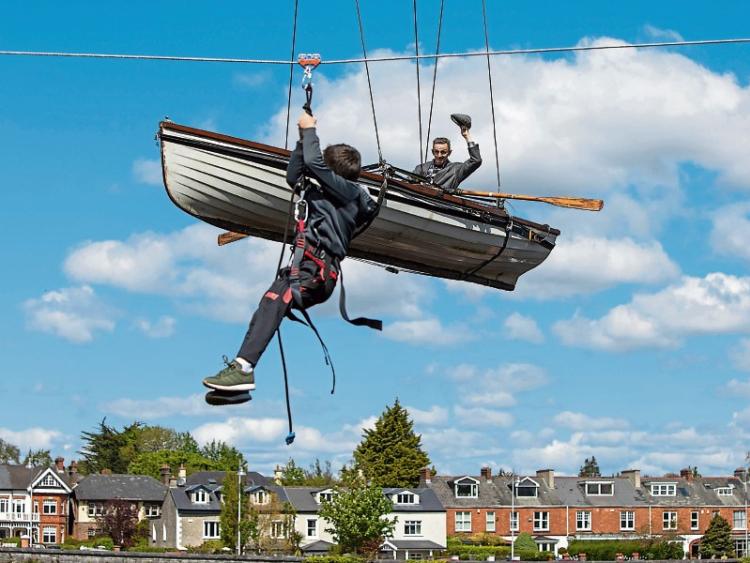 COUNCILLORS have approved funding of €270,000 for festivals and events throughout Limerick taking place between October 2019 and September 2020.

But three times that amount was sought and an assessment panel had to make tough decisions.

In all, culture and arts officer Sheila Deegan told councillors this week, 60 applications were received “with a total ask of €813,220”. But following assessment by a panel of independent adjudicators, chaired by Mayor of Limerick City and County, Michael Sheehan, 37 different festivals and events were successful and will receive grants ranging from €1000 to €28,000, under three different strands.

But, in addition, the council will spend €75,000 of its Festival Innovation Fund to develop LEAF, the  Limerick Electronic Arts Festival. “This festival will be a world-class, multi-venue electronic arts festival, showcasing digital arts, with headline music acts and partnership with technology companies across four days in October 2019 during the tourism off peak season,” Ms Deegan said.

The assessment panel was also asked to consider a partnership between Limerick City and County Council and the Hunt Museum for 2020, she continued.

“A new decade will begin in 2020 and Limerick City and County Council are committed to putting in place a cultural campaign to mark this occasion by celebrating our rich history, heritage and culture,” Ms Deegan said. This will build on the  achievements of the past five years.

“The European Expo is a series of exhibitions, seminars and events over the course of 2020 that celebrates national and European culture and cooperation. At the core of the Expo idea is the European Investment Bank art collection exhibition that will run from April to August 2020 in various locations in Limerick.”  €35,000 is to be made available to this campaign.

The council’s Cultural Strategy recognises the importance of festivals to Limerick, Ms Deegan told councillors.  This year, she said,  both Riverfest and St. Patrick’s Festival benefited from augmented creative programming and got support of €40k from the Festival Innovation Fund.

“This investment ensured high quality international and innovative programming for Limerick’s biggest festivals,” she said. The Museum of the Moon installation in St. Mary’s Cathedral attracted a record 15,000 during the St Patrick’s Festival she continued, while Riverfest attracted more than 120,000 people  bringing in around €7m to the local economy.

Cllr Stephen Keary FG however was not happy with the list of allocations presented to the council meeting. “I feel there is a huge imbalance between the districts,” he said. The Limerick Metropolitan district got 64% of the funds, he pointed out, while his own district of Adare Rathkeale got just 10%. “We are not getting a fair crack of the whip,” he said.

Cllr Elisa O’Donovan SD was also unhappy, arguing that genuine artists in Limerick putting on events have only received about 30% of what they need. “Culture comes from our communities and this is not reflected in the grants,” she said.

Very quick update on Cultural SPC, festival and events grants scheme and @SocDemsLK motion at full @LimerickCouncil meeting today. There was issues discussed that I will report back on within the coming days. Please feel free to ask any questions pic.twitter.com/8eNqzK80oO

Director of Services Gordon Daly pointed out that that other sources of funds, including Creative Ireland, were helping other festivals and events in the county. He accepted groups didn’t get all they wanted and that some were not successful, perhaps because due to the application or that expenditure sought was not eligible. “We need to look at that,” he said. €50,000 unspent in 2018 is to be used for next New Year’s Eve in Limerick.