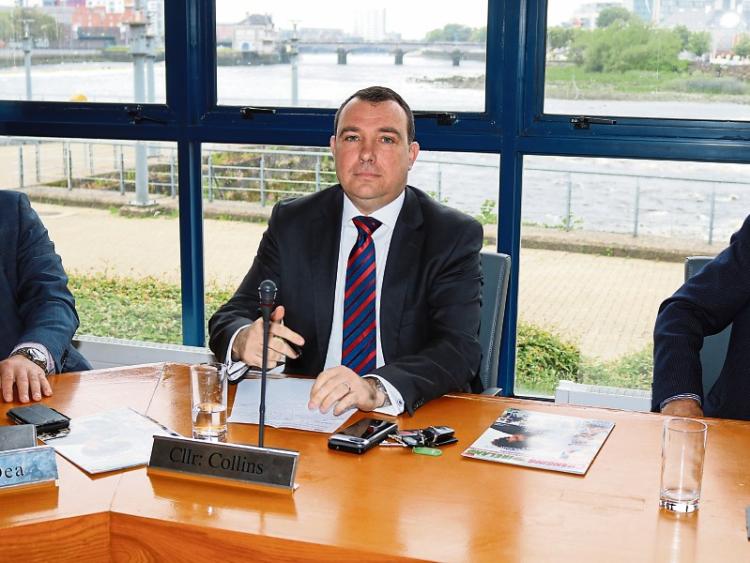 IT will take more than 20 years to clear Limerick’s housing waiting list at the current pace, Fianna Fail’s Cllr James Collins has warned.

“There are  only 109 social houses planned for completion in 2019,” he said. “But there are 2,432 on the council’s housing waiting list.”  Meanwhile, the council has 221 vacant and unoccupied houses on its books.

“I’m informed that void properties typically take 28 and a half weeks before they are returned for occupation,” Cllr Collins said following this Monday’s full meeting of Limerick City and County Council.

“The Council has introduced a fast-track pilot project to try and speed up the return of these properties for occupation and aims to return the properties for occupation in batches of 30 at a time. But much more needs to be done to speed up the return of these houses so we can get people off the waiting list and into homes,” the City West councillor and Fianna Fail general election candidate said.

A report presented to Monday’s meeting showed that for the first five months of 2019, the council allocated a total of 75 properties. The report also shows that at the end of May there were 53 families in temporary accommodation: 70 adults and 92 children. In addition, 120 people were in hostel accommodation.

the current rate of delivery to clear the housing waiting lists,” Cllr Collins added. “ And that’s a best case scenario if no-one joined the waiting list from today.”

“I have been informed by the Council executive that 109 new social housing units will be delivered in 2019, including 92 in the Metropolitan District, six in the Cappamore/Kilmallock Municipal District and 11 in the Newcastle West Municipal District,” he continued. “It is obvious  to all of us that this level of delivery barely scratches the surface of the problem.”

“Obviously there are other ways that the council can reduce the housing waiting list - through Housing Assistance Payments (HAP) subsidising people who are renting; or through buying houses. But it is much more economical for central government to fund local authorities

to develop social and affordable housing on their own land banks, instead of paying millions in HAP payments which essentially just subsidise landlords in the private sector,” Cllr Collins concluded.

He has also called on the council to speed up the turn-around of empty  houses.