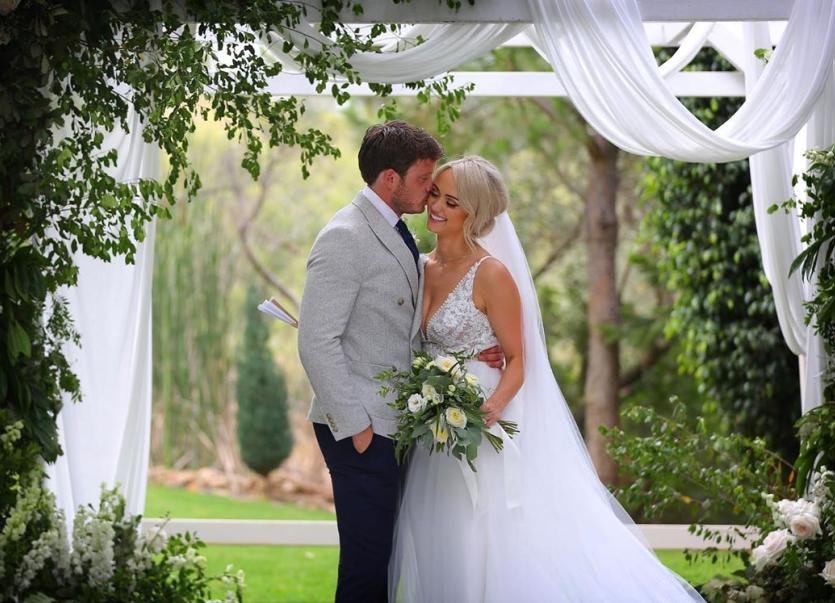 POPULAR Limerick personality and Leader columnist Leanne Moore tied the knot this weekend in a romantic ceremony in Marbella, Spain.

The Corbally woman wed fiancé David Behan in front of 150 friends and family in Villa Finca, in the mountains of Ojén, Andalucia on Sunday, July 7.

Wearing an A-line Anna Georgina dress with a lace bodice and floaty white skirt from Limerick’s bridal boutique The Attic, the former You’re A Star winner looked the picture of elegance under the Spanish sun.

Celebrity make-up artist Michelle Regazzoli was at-hand, with Leanne sharing that she made her “feel like a princess” on her big day.

Leanne’s four bridesmaids wore soft beige dresses, with sister Katie stepping in as Maid of Honour and ILoveLimerick’s Richard Lynch taking on the role of ‘bridesman’.

Celia Holman Lee was also in attendance, and Limerick’s award-winning photographer Dermot Culhane was there to capture the special day on camera, while Limerick DJ and RTÉ2FM broadcaster Jay Hartigan provided the soundtrack for the night.

Despite jetting off to 30-degree Spanish weather for the wedding, Leanne, who's held panto roles with University Concert Hall in past years, stayed close to home for her hen party in April, with the Armada Hotel in Spanish Point the location of choice for the celebrations.

Since becoming engaged to fitness guru and former Tallafornia star Behan in 2017, the pair had been making visits to Marbella to organise their big day.

The happy couple, who own Go Gym at Coonagh Cross, Limerick, have been together since 2014, and met when Leanne interviewed David during her role with the Irish Sun.

He asked me to be his family forever... I love you @davidgogym

Fast-forward to three years later, the fitness instructor dropped down on one knee in his native home of Greystones and popped the question.

“For about 10 minutes I just cried into his face and I kept asking him was he joking! I was literally like: ‘Are you joking? Are you joking?’ It was just so emotional and it was just perfect,” the now-Mrs Behan told the Limerick Leader in 2017.

The location of the newly wed's honeymoon is yet to be confirmed.