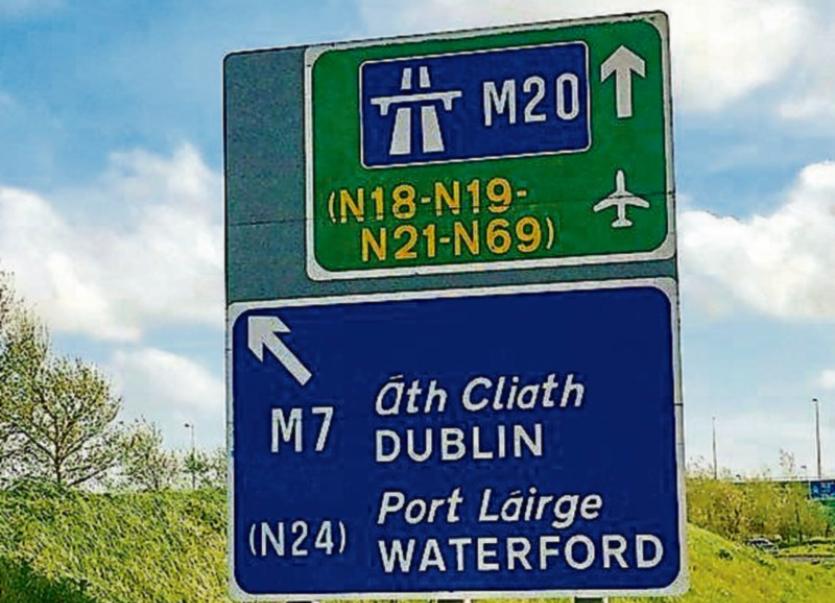 GREEN Party leader Eamon Ryan’s calls to put the brakes on the M20 project is raising the ire of Limerick politicians.

Fine Gael Senator Kieran O’Donnell condemned Eamon Ryan’s assertions that the project should be shelved in favour of better public transport links in Cork and Limerick.

“I am very surprised at Eamon Ryan - he clearly has a complete lack of understanding of the drivers for regional development with the M20 being a key element to link Limerick and Cork,” Mr O’Donnell remarked.

“The lack of suitable road infrastructure connecting Limerick and Cork could prove detrimental to creating a viable counter balance to Dublin," claimed O'Donnell.

Eamon Ryan has long been a critic of motorway infrastructure in Ireland: in 2003, he wrote in the Irish Times “the upgrade of the M50 will have to wait until the major public transport projects planned for Dublin are finished” and a February 2017 report saw him lamenting the building of the new M18 motorway "despite the fact that it was assessed as leading to a 17% increase in emissions."

"We need to find the best transport solutions for the region, while considering the environmental crisis that is facing us, but also with a view to the great potential that Limerick has,” he said.

“The M20, as originally proposed, has been called into question by experts, such as Dr Edgar Morgenrath of the ESRI and John Moran, former Secretary General of the Department of Finance. It is important that we take decisions responsibly.  All projects should be re-evaluated for cost and climate impact, and if they will contribute to a stronger, better planned region."

Ms O’Donovan stated “Public transport is absolutely crucial for a a Limerick that will entice people to live/work here.”

“Limerick falls massively behind on public transport. Our bus service is unreliable to the point that citizens can’t rely on it, as well as the public bike scheme. This is not good enough for a city that wants to compete nationally and internationally.”

Read also: Progress is being made on Limerick town's multimillion euro traffic plan