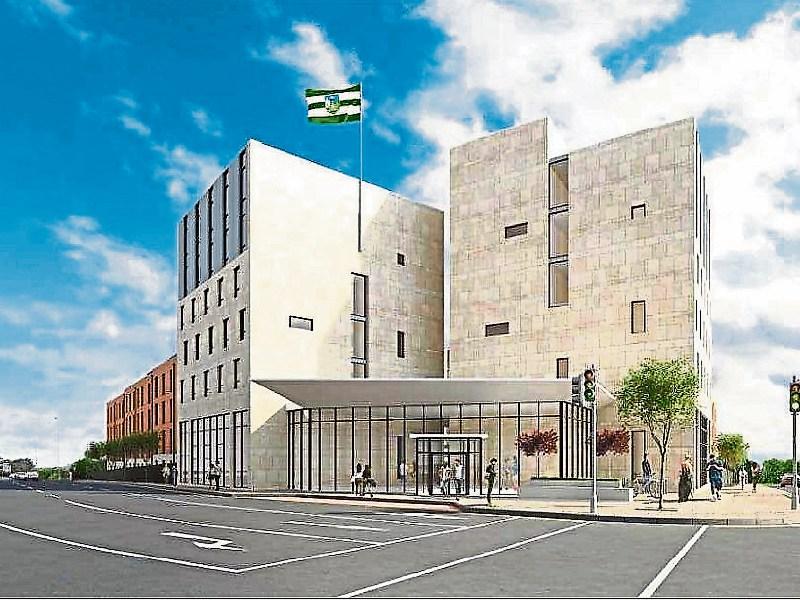 An architect's impression of the proposed building

A MULTI-MILLION euro plan for student accommodation on the edge of the city could be completed by the year after next, developers have predicted.

Cloncarra Investments has formally sought permission from An Bord Pleanala under new fast-track planning laws, which will see the delivery of new housing developments sped through the system.

The €30m proposals – which will be named the Punches Cross Students Village – will see 70 student apartments containing 326 bed spaces, and 30 apartments, with 104 bed spaces.

But there is bad news for would-be homeowners hoping to secure one of these – for the proposals reveal these will be buy-to-let.

The complex will measure 14,358 square metres and will tower as high as seven storeys above ground level.

In a letter, Mary Immaculate College has indicated its support for the scheme, Michael Keane, the college’s vice-president of administration and finance, saying that having this scheme near the South Circular Road could represent a “key part” of international students deciding where to study.

The site has lain idle for well over a decade at this point, once being home to the Dan Ryan garage and later the John Moloney car showroom.

Previous attempts to take action on the site ran into difficulty as there were a number of different owners.

City West councillor Daniel Butler said: “I’d be happy to see the site developed as its been derelict for so many years, and its an eyesore in what is a main artery into Limerick. There is a need locally for student accommodation, and the fact students will be taking on these units, it will free up other accommodation around the area.”

He said it will have a “positive knock-on effect” for other accommodation in the area.

“It’s good to have a purpose build unit for students as their requirements are different to a normal tenant, given they are only there nine months of the year,” the Fine Gael man said.

He did express concerns over the potential height of the development, saying it will “change the landscape” of both the O’Connell Avenue and Punch’s Cross areas.​

Fellow City West councillor Joe Leddin, Labour, added: “Overall I’d be supportive of the development at this stage. A few traffic issues need to be resolved in terms of the junction between the two roads.”

Both he and Cllr Butler played down concerns of the homes only being buy-to-rent.

“Home ownership is always an issue in Ireland, but we need to get used to rent being a viable option as they do on the continent. But this needs to be backed up with support from government,” Cllr Butler said.

Cllr Leddin added: “All in all, you’re increasing stock.

“Not a day goes by at the moment when there isn’t someone seeking to source suitable accommodation. From that point of view, one can only welcome the development.”

An Bord Pleanala is expected to make a decision on the proposals on or before Monday, October 7 next.