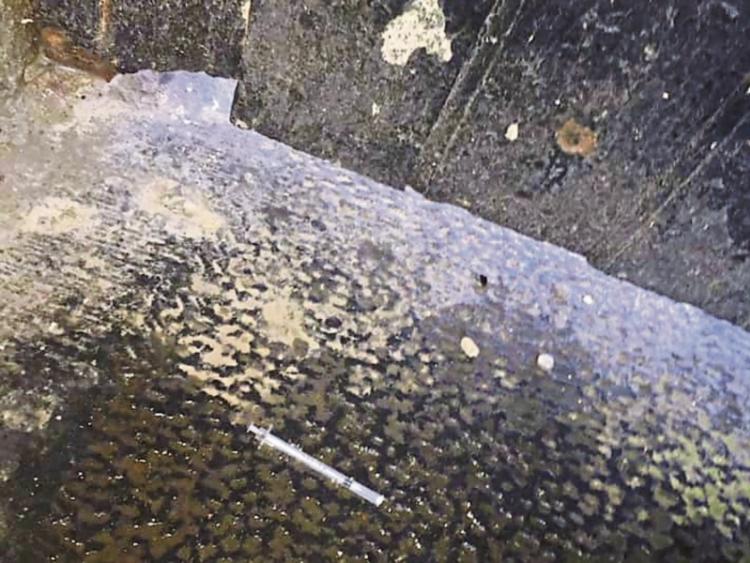 YOUNG teenage girls are openly taking drugs in the heart of the city, a councillor has claimed.

City North Sinn Fein member John Costelloe was reacting after a drugs den was photographed near one of Limerick’s top tourist hotspots.

Pictures were posted on the social media site Facebook, showing discarded syringe needles and wipes in the vicinity of King John’s Castle.

Cllr Costelloe, who lives in Nicholas Street said: “I've seen drug addicts around. I see them going around houses dealing. It's happening in broad daylight. This is a tourist area, and a lot of elderly people would also live here. We are dealing with a nefarious bunch here.”

"In terms of paraphernalia, I have not seen much on the street. But I have seen addicts roam the street.  They are getting younger and younger.  A lot of young teenage females are there and are taking drugs,” he claimed.

Asked what can be done to tackle this, Cllr Costelloe added: “It's all about education from a young age. People are falling through the cracks at the moment.”

He said unfortunately, youngsters who do not see a future for themselves, witness drug dealers living “in the lap of luxury” and see it as an answer.

“You wonder why the Criminal Assets Bureau is not moving in on them straight away. There seems to be a lack of will among the powers that be to tackle drug use,” he claimed.

Any assets which are sized by the agency should automatically go back into the community to deliver awareness programmes, Cllr Costelloe added.