O Brother where art thou? Down the Limerick lanes 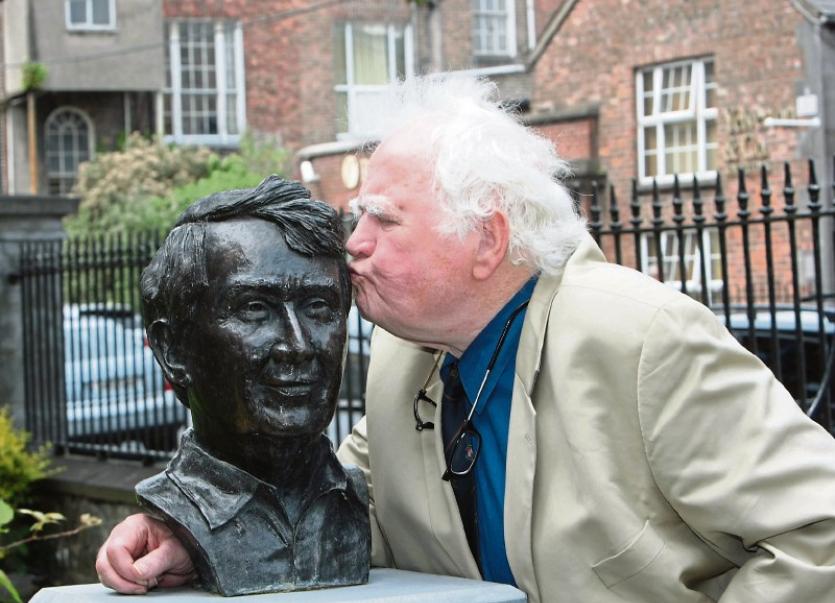 Ahead of the premiere of the new Angela’s Ashes – The Musical, Frank’s younger brother Malachy tells his own story

MALACHY McCourt, the younger brother of Angela’s Ashes author Frank McCourt, is set to return to his childhood home of Limerick, where the iconic book about the brothers' upbringing was set.

The 87-year-old will attend the launch of the new Angela’s Ashes, The Musical which will to premiere in the Lime Tree Theatre, Limerick, on July 18.

Malachy has lived in New York for his entire adult life, and is the only remaining McCourt sibling - with Pulitzer Prize winning older brother Frank passing away aged 78 in 2009.

Though he lives in Brooklyn now, Malachy recalls leaving that city as a toddler with his family after the death of his younger sister, to move to Limerick.

“I was three and Frank was four when we were uprooted from Brooklyn after my sister died because of my mother’s condition,” he says, “Mentally, she was in a bad way, she went into a depression and it rendered her immobile. She was unaware of what was going on in the world, and what was going on with us.

“The death of a child does that to you I guess, and then of course the twins died in Limerick, Eugene and Oliver,” Malachy adds.

“It’s not for nothing when three children die in a family, the proportion is enormous.”

The McCourt family sought refuge in the city, and as depicted in the best-selling book, the family lived in extreme poverty.

“It leaves you totally and absolutely hopeless, your outlook on life is severely hemmed in and you cannot see beyond the next slice of bread.

“There was the puritan underpinning where people presumed we must have done something awful to be suffering that bad, that we must have sinned,” he laughs.

Malachy and his brother Frank both attended the Leamy School, which is now the Frank McCourt museum.

“It was regarded as a holding cell for future convicts,” Malachy adds, “nobody ever held out any hope for the kids who went there. It was just the assumption that you’d get a labouring job, or as they used to say a ‘constant job’.

“I failed everything there, I failed the primary certificate. But I did read a lot throughout my childhood, the library in Limerick saved our arses,” he laughs.

“The brightest light of Limerick was when the Carnegie Library came near People’s Park.”

Malachy is looking forward to revisiting Limerick, and to catch up with old friends in some of the local pubs.

“I’m 88 soon, I’m in the departure lounge of life,” he says, “I feel maybe this could be the last time I visit Limerick, and I’m the last of my seven siblings. While I’m above-ground I’m excited to see it again.”

Malachy is also excited to see the latest production of Angela’s Ashes, The Musical during his visit and says it’s great to see his brother’s work still evolving today.

“I was fascinated when I saw it in Limerick for the first time a few years back, casting of myself in it was very interesting,” he says, “a young girl played me, as I was a beautiful kid, you know.”

“I’m very friendly with Peter Halpin, who’s from Limerick. He played me in the film production of Angela’s Ashes and he’s here in New York and I see him often.”

After breaking box office records at the Lime Tree Theatre in 2017 Angela’s Ashes, The Musical is coming home for a strictly limited run of 11 performances, between July 18 and 27.

It is an emotional telling of a childhood in Limerick and beyond, featuring unforgettable songs and melodies, told with a rare lyricism and a warm inimitable sense of humour.