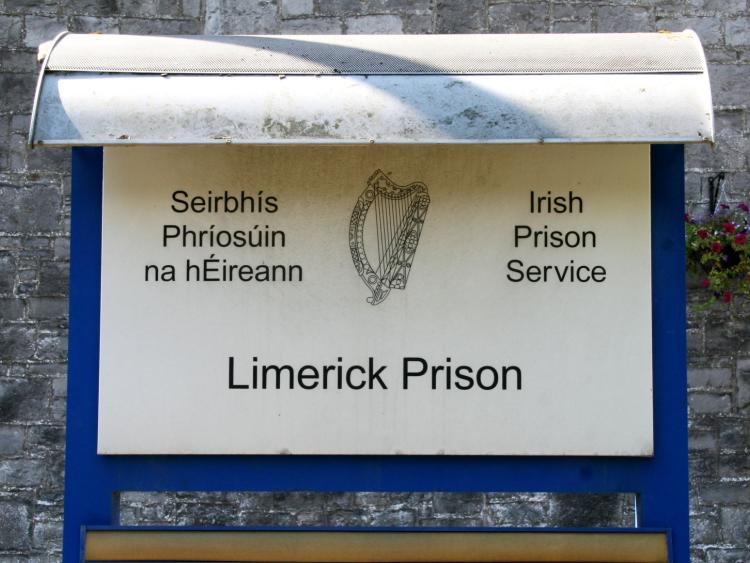 WHEN constructed between 1815 and 1821, Limerick Prison on Mulgrave Street in the city was one of Ireland’s most modern and state-of-the-art facilities.

In recent years, an expansion of facilities has been required due to an increase in prisoner figures.

“At present, there is an increase in female numbers going into prison, but there’s an increase on the male side as well. What we’re doing is we’re future-proofing the prison for the Munster region,” says Governor Mark Kennedy, sitting at his desk in his office at the prison this week.

Limerick Prison has a current overall operational capacity of 248 (220 males, 28 females), though capacity percentages are often over 100% for both males and females.

“The female prison was here and taken out on a few occasions over the last 40 years,” says Governor Kennedy, “There are 37 females in the prison at the moment, who reside in a wing of the men’s prison.”

A contract for new men and women’s facilities was signed in February 2019, with construction commencing in March and expected to be completed by mid 2021.

The expansion includes a male-only 100 cell block, with an operational capacity of 125, with a flexibility of up to 150.

Also being constructed is a state-of-the-art unit for females, with a flexible operational capacity of 70.

The new build will facilitate workshops, with a rehabilitative space being created in the women’s prison, as well as a new laundry and kitchen.

“The new build will facilitate a substantial amount of work training,” says Governor Kennedy, “on the female side there’s a focus on medical interventions around drug treatment, with a focus on securing employment once they leave.”

All cells in Limerick prison are fitted with electric power points, facilitating the prisoners with TV, CD players, electric kettle, etc within their cells.

The prison holds sentenced, trial and remand male and female prisoners from age 17 years and upwards, while also at times holding prisoners for deportation or extradition.

“On the female prisoner side, we take all the committals from Munster, and on the male side it’s Limerick, North Tipperary, and Clare and some parts of North Kerry and some parts of Galway up as far as Gort,” says Governor Kennedy.

Governor Kennedy recognises how unconventional it is to carry out such extensive construction works in a fully-operating prison.

“It’s fairly unique in Europe to be putting an extension onto an operating prison, but we’re very much focused on security,” he says.

“There’s a substantial increase in security measures, we’ve looked at it closely over the last four or five years.

“We utilise CCTV triggers on security systems, physical barriers, increase in patrols, and there’s an overall increase in awareness around the prison. “We also regularly review aerial photos of the entire complex,” Governor Kennedy adds.

'TRIANGLE OF JUSTICE' - A PLAN OVER 40 YEARS IN THE MAKING

The current works taking place in and around Limerick Prison have been a long time coming, with the expansion of the prison complex set to be the finishing touch.

With a completion date set for early to mid 2021, Governor Mark Kennedy says: “We’re the last piece of the jigsaw puzzle, even though we orchestrated it from the start.”

“The Department of Justice purchased land around the prison 40 years ago, with the future in mind,” Governor Kennedy adds.

“Land was given over to the courthouse five years ago, and the Probation Service Headquarters will move closer to courthouse within the first half of 2020, moving up from Theatre Court.

“It’s a culmination of 40 years of planning. We took our time in doing this, the first reiterations of the new prison block were in 2011. It’s about enhancing the area and its surroundings and creating a justice triangle - it just makes sense.”

“Eventually, we will have the prison, Probation Service and Court Services all close together, with Roxboro garda station within close proximity, as well as Limerick Fire Station and St John’s Hospital,” says Governor Kennedy. “Summer Street carpark was also built with the project in mind.”

“There’s an awful lot of planning gone on with the council, and finally we can focus on our own work here in the prison.”

Governor Kennedy says that the Irish Prison Service has continuously liaised with community members, including neighbouring business owners as the changes happen.

“We’ve spoken to our neighbours, to the City Council, to local businesses on keeping the historical facade of the prison.

“We’re very much a part of the community here in Limerick, we got involved with Focus Ireland and Simon Community, last year we supported 54 charities by giving advice and support.”