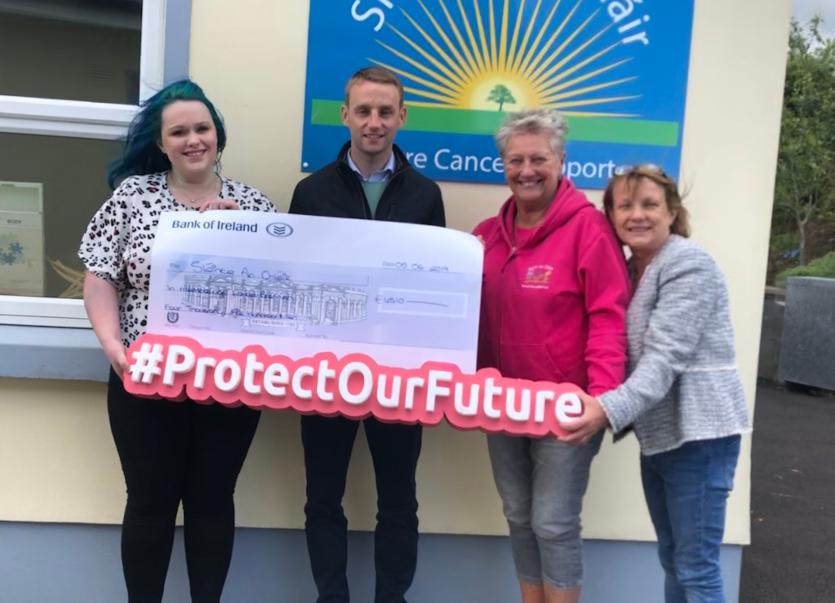 A LIMERICK woman has raised thousands of euro for cancer support in memory of the late HPV vaccine campaigner Laura Brennan.

Elaine Leonard, 28, has raised over four and a half thousand euro for Sláinte an Chláir, Kilnamona in recent weeks by dying her hair a bright shade of teal.

“I got to know Laura through our love for our dogs and my constant varying hair colours,” the Ardpatrick native says, who met Laura in the X-ray department, in University Hospital Limerick where Elaine works.

“When I was given the opportunity to dye my hair teal, the colour for cervical cancer awareness, I felt privileged for the change in memory of Laura,” Elaine adds.

Clare Cancer Support, Sláinte an Chláir, is a voluntary organisation which supports the people of Clare and their families affected by cancer by providing supportive services and treatments.

All services are free of charge and are only possible due to donations and fundraisers like Elaine’s.

Laura, who was aged just 26 when she passed away from cervical cancer last March, often visited the organisation.

“It was Laura’s brother Kevin who actually gave me the idea, everyone had teal-coloured pins on for Cervical Cancer at Laura’s funeral and he joked that teal should be the next colour I dyed my hair,” says Elaine.

“I didn’t think too much about it, I had bright pink hair at the time but eventually I couldn’t get the idea out of my head.” 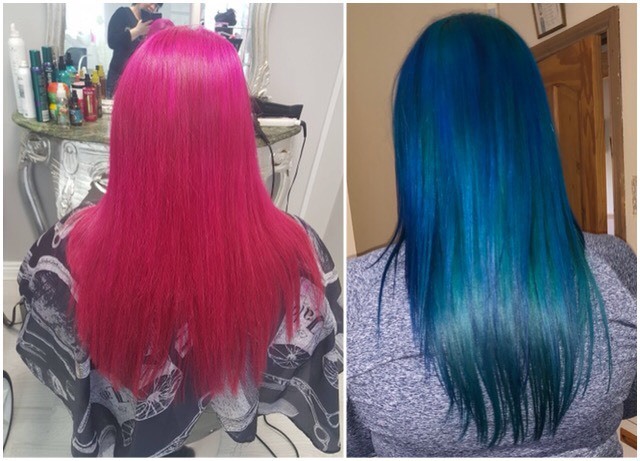 Elaine, who started fundraising in April says: “The goal was only around €300 at the start, it pretty much snowballed more than any of us thought it would.”

Elaine explains that a lot of fundraising was achieved via social media, but says that her family played a huge role in bringing in so many donations.

At the time of dying her hair teal on May 1, Elaine had already raised €1700 for Sláinte an Chláir, the charity that Laura requested donations were given to before her passing.

“Sláinte an Chláir were thrilled with the donation, they were shocked it got so much attention because we never thought it would take off this much, I’m just dying my hair, which is something I do on a regular basis anyways.”

“People were more terrified that my hair would fall out after I dyed it teal,” laughs Elaine, who is no stranger to dying her hair bright and bold colours.

“When people ask me ‘why teal’, at least I can tell them what it’s for and explain a bit about it, so it does raise awareness which is the main goal really.”