University of Limerick goes back to its roots for 30th birthday 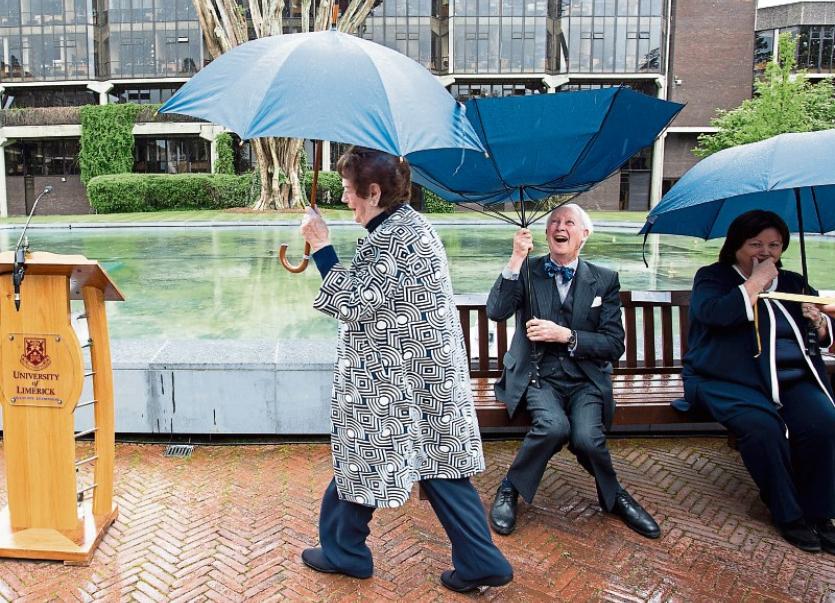 THE remarkable commitment and energy of former UL president Edward Walsh in helping found the institution was highlighted at a commemorative tree planting ceremony last week.

The event on Friday last marked the 30th anniversary of the enactment of the University of Limerick Act 1989.

The act allowed UL to become the thriving third-level instituion it is today.

The ceremony was attended by UL president Dr Fitzgerald and chancellor Mary Harney along with special guests Ed Walsh and Mary O’Rourke.

“This University did not come about by accident. I am particularly pleased that my former ministerial colleague Mary O’Rourke is here with us, because she played a big part in the enactment of the Universities Act in 1989.

“But I think it would be very remiss of me not to acknowledge in particular, the role that Ed Walsh played in making this place a reality. He was a thorn in the side of both officialdom and the political class.

“What we see today is the realisation of his vision and his dream, and to make things happen sometimes only requires one person with a vision and a determination and Ed Walsh was that person.

“I think we owe him a great deal of gratitude,” she added.

Ed Walsh, who took up his position on January 1, 1970, paid tribute to Mary O’Rourke who “took the report that Limerick should establish a University, and with great skill, it moved from a report to action and that is a very difficult thing to do. Mary, thank you, you have done remarkable work”.

Former education minister Mary O’Rourke also recalled her memories of birthing UL, stating “Why should education stay still? It shouldn’t ever go quiet and stay still. It was the first university since 1592, the first since the Irish Free State, so that was a marvellous thing to put on your CV – it was a wonderful thing to do.”