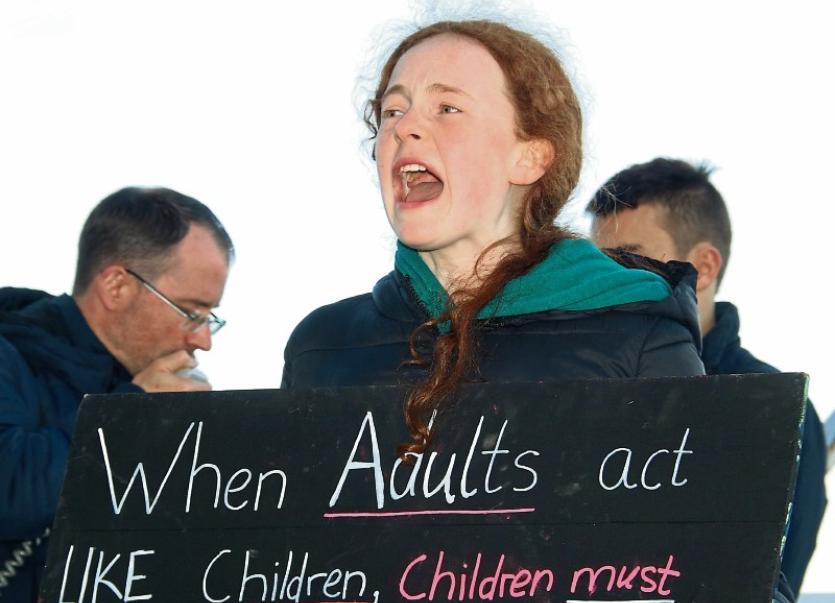 PROTESTING the arrival of the US President to Ireland is far from how most teenagers would chose to spend their birthday, but that is exactly what a Limerick schoolgirl did on Wednesday.

Saoirse, who lives in O’Briens Bridge, played the fiddle at the protest, with a sign saying: ‘Politicians! Speak the truth or face your problems! We must act now!’.

“Lots of politicians lie, with empty promises being made. They should either say what they believe, speak their truth, or let other people decide what is going to happen. Politicians shouldn’t lie, they’re supposed to represent the people, and Trump is one of those liars,” Saoirse says.

“Trump is not taking enough action. America is one of the biggest emitters of carbon emissions, and he doesn’t even realise how vital America is in helping the issue,” adds Saoirse, “he’s a nuisance.”

Today's protest was really fun! I enjoyed it hugely!

A post shared by climate activism in limerick (@fridaysforfuture.limerick) on Jun 5, 2019 at 12:45pm PDT

Speaking about the peace camp protests near Shannon Airport, Saoirse says: “I don’t think he noticed them, but he will see them on the news.”

“I think he’s a coward, I think he’s really scared of it, going everywhere and seeing people protesting. That’s why he gets his helicopter, and why he doesn’t drive past it; he’s scared.”

The outspoken teenager has attended 15 protests in recent months, and is heavily involved in the worldwide climate change movement Fridays For Future. 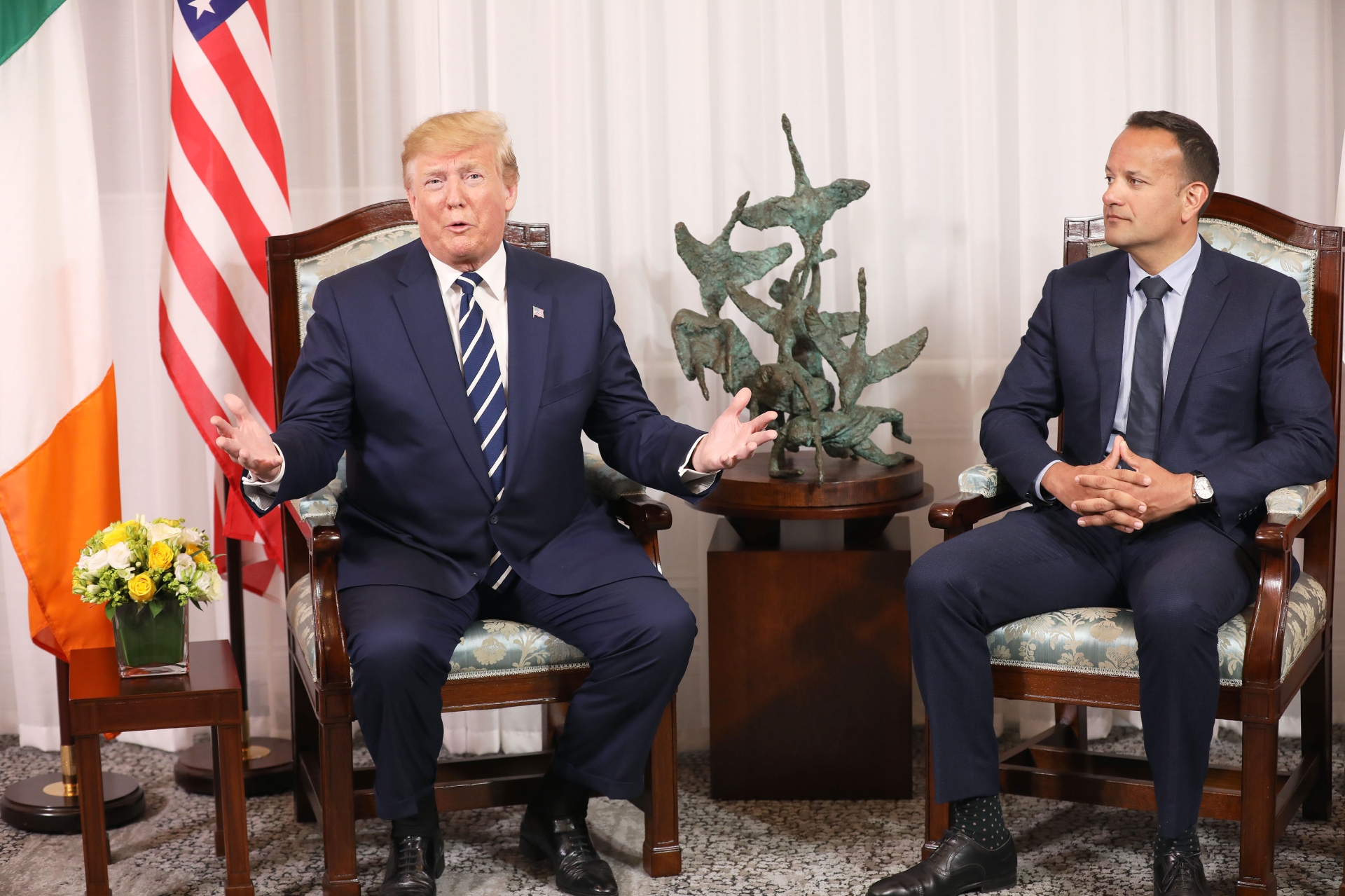 Fittingly, World Environment Day was also celebrated on June 5, and the young activist, who tweets under the name @fridaysforfut18, recently shared her hopes that the newly-elected council will declare a “local climate emergency” in Limerick.

Saoirse, who has been striking every Friday since March outside the Limerick2030 building for climate action, says Trump’s decision to pull out of the Paris Climate accord is “ridiculous”.

“My generation are the last generation who are going to be able to do anything about this,” Saoirse told the Irish Daily Mirror, “I’ll continue to protest until governments start taking it seriously.”

Saoirse has gained national and international media attention in recent weeks, and has been nicknamed the ‘Irish Greta Thunborg’, something which she is still trying to get used to.

“That’s pretty honourable!” she laughs. “That’s huge because I love her and she’s amazing, she’s really inspirational so even to be compared to her is like ‘woah, really?’”

“My friends think it’s awesome, and my family is really supportive. There’s no real negativity around it,” she adds.

When asked what she would like to tell President Trump, Saoirse confidently says: “I would tell him: ‘You’re a moron and you need to do more.’”