2,000 gardai deployed to Donald Trump duty during visit to Clare 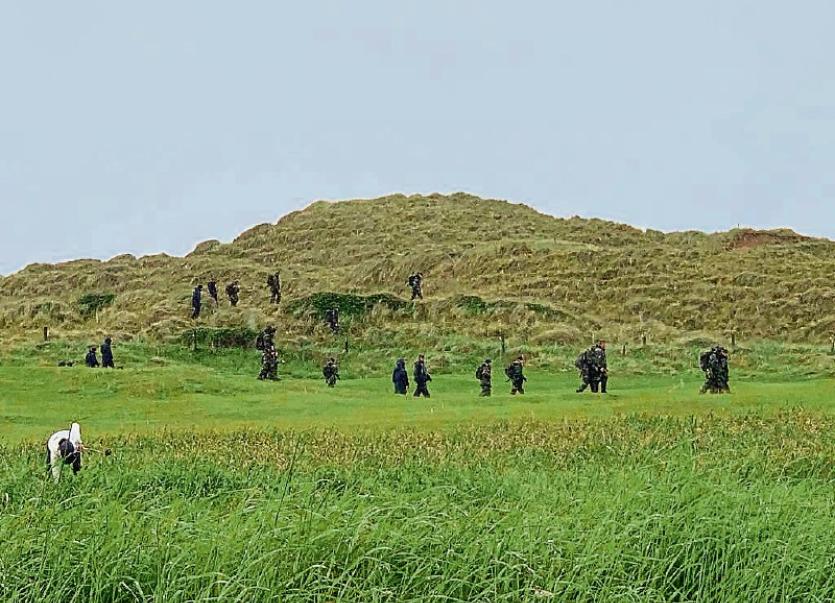 A golfer searches for his golf ball as Defence Forces personnel tour through the resort in Doonbeg | Picture: An Garda Siochana/ Twitter

AROUND 2,000 gardai from all over the country have been deployed to security duty during Donald Trump’s visit to Shannon and Doonbeg this week.

Mr Trump will touch down on the Shannon runway at around 4.30pm this Wednesday, marking his first ever visit to Ireland as president of the United States of America.

Mr Trump will meet Taoiseach Leo Varadkar followed by a press conference with members of the media. It is estimated that there will be around 150 journalists from across the globe in attendance, but only a small cohort will be in attendance of his meeting with the Taoiseach.

An Garda Siochana has confirmed that 1,500 uniformed gardai and 500 members attached to specialist units have been deployed to the presidential duty.

Everyone underwent strict security checks upon entering the Press Centre, meaning we will arrive directly on the airside of the airport to await the arrival of @POTUS ✅ @Limerick_Leader #TrumpVisitIreland

Around 8,500 meals per day is requied to feed this massive security operation, and 40,000 bottles of water to keep them hydrated.

There are 3km of barriers, including six-foot high Harris Fencing, and there is an installation of temporary Strategic Control Room, Shannon Garda Station, backup facility at Ennis Garda Station and video feed to Garda Headquarters, with permanent upgrading of telecommunications and tetra radios infrastructure in Clare Division.