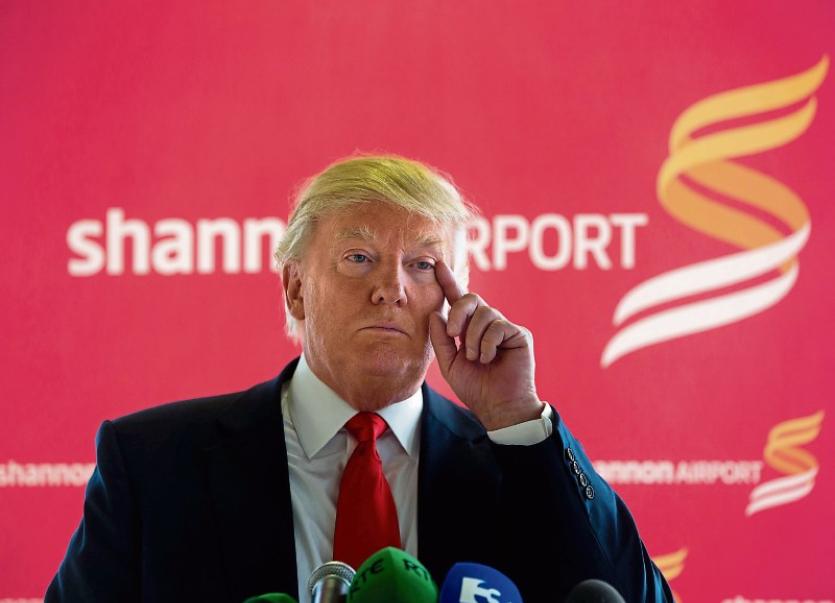 THE IRISH Aviation Authority (IAA) has directed flying restrictions for over three days in a part of Clare during Donald Trump’s visit.

For the first time as US president, Mr Trump will touch down at Shannon Airport this Wednesday and will later spend time at the family-owned resort in Doonbeg before flying back to Washington on Friday.

The IAA has designated a temporary restricted area (TRA) for flights that have not been permitted by a controlling officer.

The designation came after a direction from the Minister for Transport, Tourism and Sport Shane Ross, following a request by the Department of Justice and Equality “for reasons related to security” during the president’s visit.

The direction will take place between 2.30pm on Wednesday and 7pm on Frdiday. 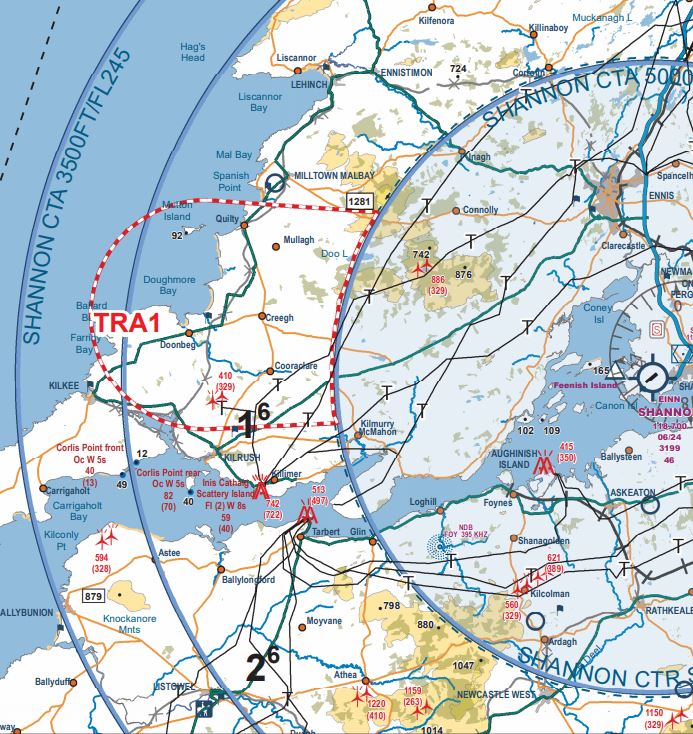 The only flights that are permitted to fly are State flights, search and rescue flights, emergency air ambulance, US aircraft, and any aircraft approved by the controlling officer and the Government.

The IAA has issued a notice in respect of a restriction (TRA) on the flying of aircraft, including small unmanned aircraft as defined in S.I. No. 563 of 2015, shall apply in airspace over a part of County Clare and surrounding area. For more, visit https://t.co/gUNBYti5LJ pic.twitter.com/lumfOaxWre

The TRA ranges from around Drumdigus westwards to Doonbeg, with a wide perimeter stretching to outside Miltown Malbay and Kilkee.