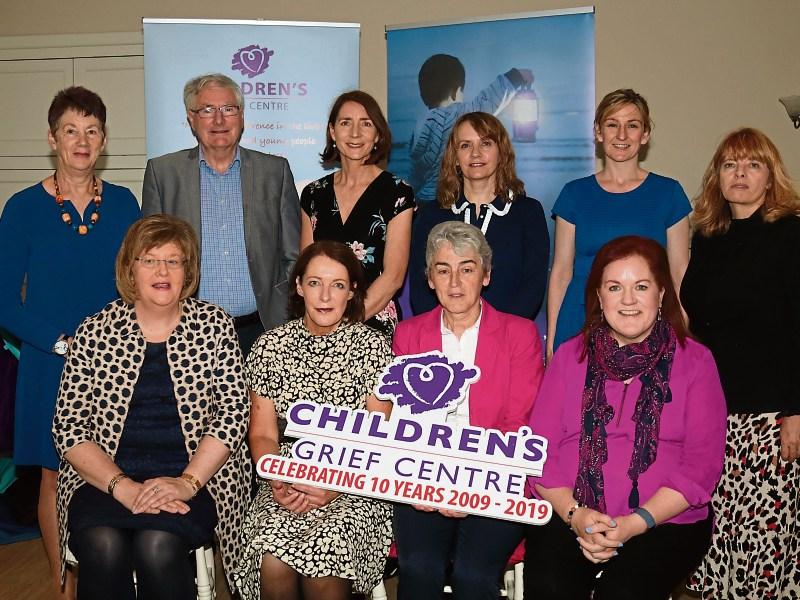 To mark its 10 year anniversary, The Children’s Grief Centre is hosting its first conference ‘Childrens and Loss’ on Friday June 14

IRELAND’S only Children Specific Grief Centre has big plans, aided by a €10,000 grant from the What Works Network Support Fund.

Chairman of the board, Phil Mortell, spoke of their exciting times ahead: “This place is bursting at the seams, we unfortunately can’t take any more people on. Our waiting list is 207 people strong and it’s not getting any shorter. The publicity we’ve gained and the awards we’ve won have been fantastic and it’s much appreciated, but it’s also led to many more applicants. We’re hoping to move to a new building,” said the former school principal.

“As the only centre of this kind, we are now supporting children from far outside the Mid-West,” said Patricia Ryan, who is a full time support worker at the centre. “People are travelling from loads of different counties to avail of these services here, we just wish we could help more people,” she added.

Sr. Helen Culhane however, took a moment to reflect. “Never in our wildest dreams could I have envisioned this. Since we’ve opened we’ve worked with over 1,300 children. We work with children for as many sessions as they need, we often stay in touch for over a year,” she explained. “I think the children enjoy the fact that it’s not counselling, for the younger kids, we just let them express themselves through their play, we also have a number of workbooks they can work on. Anything that any member says is strictly confidential, trust is the cornerstone of this centre,” said Helen, who the Mercy Sisters released to found the organisation in 2009. Helen can hardly believe the progress that has been made: “To help the amount of children we have has been unbelievable. We deal with a lot of children who’s parents have separated as well as bereavement, which can be equally tough as losing someone through bereavement” she added.

Senator Maria Byrne also outlined her support for the centre: “I think it’s crucial for Limerick to have places like this. During periods of grief it is when you’re most vulnerable so the work they do here is so important. Helen and the team have received national recognition and people are coming to them for ideas, nationally you see people coming for advice. She’s built a wonderful team of volunteers and it’s really welcome the fact that she has so much support, people who bring their life experience.” she said.

Helen is following in the footsteps of those who have approached her for advice, with an upcoming trip planned to Portland’s world-renowned Children’s Grief centre, “My congregation have kindly paid for me to visit the centre in Portland, we have received a version of the plan for their building and hope to emulate it in the near future,” said Helen.

To mark their 10 year anniversary, The Children’s grief centre are hosting their first conference ‘Childrens and Loss’ on Friday June 14th in the Millenium Theatre, LIT.