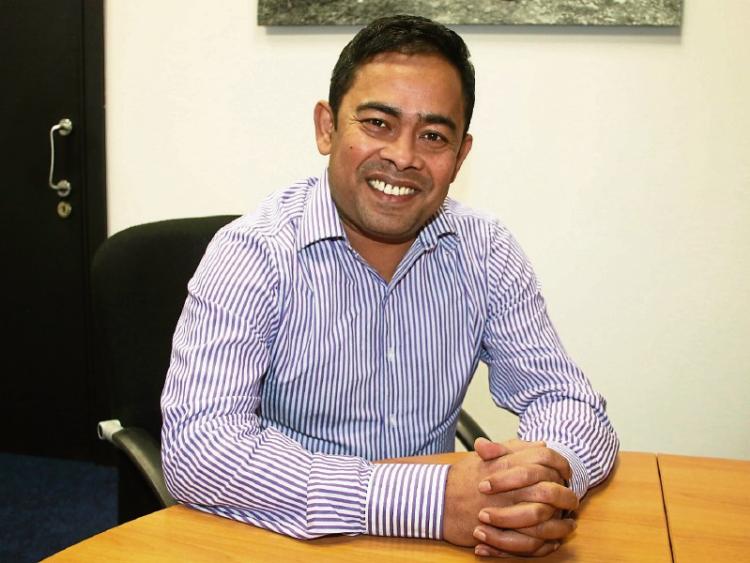 POLLING stations have now closed across Limerick, with a shock council result potentially on the cards.

As voters turned out to vote for new members of Limerick City and County Council, it looks like first time Fianna Fail City West candidate Abul Kalam Azad Talukder is set to take a huge number of votes – and potentially top the poll.

Political sources have indicated he could pull into the four figures after members of the local Muslim community rallied behind him. If borne out, the result could shake up the local political scene in Limerick.

A polling place at St Michael’s School in Barrington Street was a hive of activity today, with gardai called on a number of occasions after scuffles between supporters of different candidates in City West.

After a slow start, turnout in the metropolitan district increased to close on 50% in some areas, as people took advantage of a warm evening to head to the polling booths.

Boxes in Dooradoyle and Raheen were at 45% as of 10pm, while boxes in St Michael’s National School, Barrington Street saw turnout at between 34% and 50%.

John F Kennedy National School, a bellwether booth for the northside ward also saw turnout of 50%, while the Castletroy Gaelscoil had a reported turnout of 30% at around 8.30pm.

Elsewhere, an RTE exit poll suggests that the Green Party could be the big winners at this local election, as counting gets under way tomorrow morning. It looks like Fianna Fáil and Fine Gael will fight it out to take top spot. Labour are on 6%, with the Social Democrats on 3%. It remains to be seen how this will manifest itself in the new make-up of Limerick Council.

Meanwhile, in the Ireland South European election constituency, an RTE/TG4 poll suggests former GAA president Sean Kelly, Fine Gael, is poised to the re-elected with the survey of voters putting him on 16% support. Again, the big winner in Europe looks likely to be the Green Party, with Senator Grace O’Sullivan from Waterford, poised to take a seat.

Billy Kelleher looks likely to be the sole Fianna Fail member elected, while Sinn Fein’s Liadh Ni Riada looks odds on to retain her seat, despite a drop in support. The fifth and final seat could be a battle royale between Deirdre Clune and maverick TD Mick Wallace.

As well as voting in the council and European elections, people have also been asked whether they ould like to see a directly elected mayor in Limerick.

Meanwhile, the local electorate is joining with the rest of the country in being asked whether they want to remove article 41.3.2 of the Constitution, which provides that a person seeking a divorce must have lived apart from their spouse for four of the previous five years.

The second proposed change is to replace the existing article 41.3.3 with a new article explicitly stating the Oireachtas can legislate to replace foreign divorces.

Approximately 150,000 people are eligible to take part in three of the four votes in Limerick - with the referendum only open to Irish citizens.

The focus now switches to the Limerick Racecourse, where counting of the results will take place tomorrow morning.

The votes will be sorted and tallied, with the ballot papers from the European election taken to Nemo Rangers GAA Club in Cork, where the Ireland South count takes place. It’s unclear how long this count will take due to the fact staff may have to conduct the count on the basis of Ireland South being both a four-seater or a five-seater.

Only four MEPs will be in post if Britain reverses its decision to leave the European Union.

One thing is for certain though – no results are allowed to be declared in Ireland South until 10pm on Sunday night when all the polls right across Europe have closed.

After the sorting of votes in Limerick, the divorce referendum papers will be counted, with a final result expected by late afternoon.

It will be on Sunday morning when the count for Limerick City and County Council gets under way, with the ​counting of ballot papers taking place across all six constituencies concurrently.

Results are expected to trickle in throughout Sunday afternoon – however, tallying on Saturday may give a good indication of which way all the polls have gone locally.

On Monday, papers from the directly elected mayor plebiscite will be counted – a result on this is due by mid-way through the afternoon.​