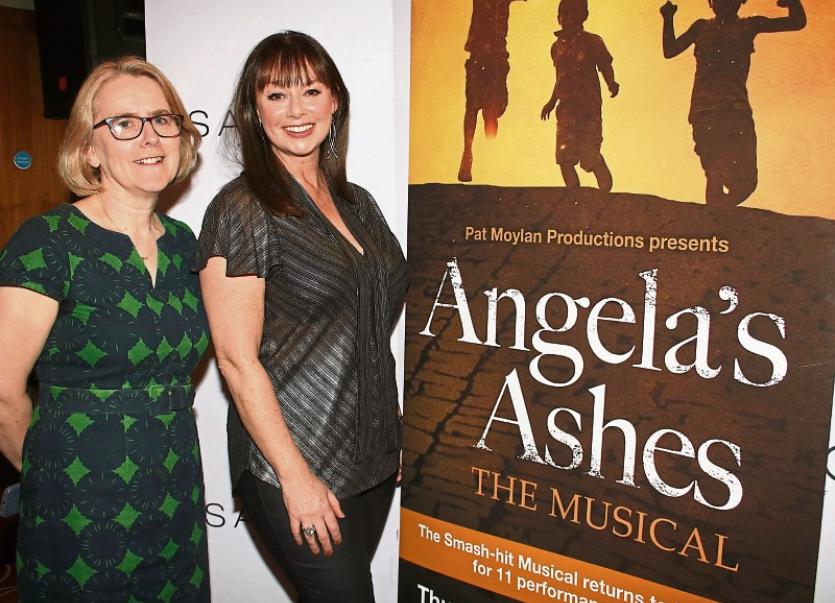 Louise Donlon, Lime Tree Theatre with Jacinta Whyte who will be playing Angela in the Musical Picture: Adrian Butler

THE SMASH hit musical adaptation of Frank McCourt’s Pulitzer prize-winning novel Angela’s Ashes is set to make its return to Limerick this summer.

Angela’s Ashes, The Musical first broke box office records when it debuted at the Lime Tree Theatre in 2017. And now it is set for its grand return for 11 performances only, this July.

The critically-acclaimed show will run from July 18 to July 27, before it embarks on an extensive tour in Dublin, Cork, Belfast and the UK.

The launch of the show’s epic return was held at The Savoy Hotel this Tuesday, with special guest and lead actress Jacinta Whyte who flew from London to entertain those in attendance.

Delighted to be at the launch of @AngelasAshesIRE which is returning to the @LimeTreeTheatre @MICLimerick July 18-27 with mesmerizing performances like this from @JacintaWhyte1 pic.twitter.com/5eCKtxiyiq

This uplifting story of hope, fortitude and family is expected to bring audiences back into the Lime Tree Theatre in their droves from all over the Mid-West region this summer.

Starring Whyte who plays Angela and Eoin Cannon who plays Frank, a full cast for the show is due to be announced soon.

Tickets for the show range from €26 and €50, depending on the day the show is running. Visit www.limetreetheatre.ie for more information.