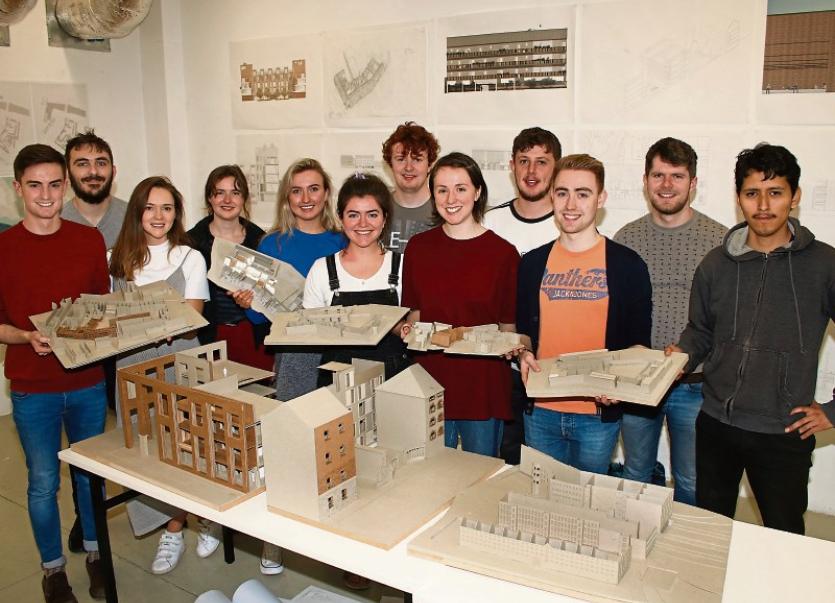 FUTURE architects are demanding that more consideration be given to the current design of the €180m Project Opera site, which they believe lacks the housing and green space necessary to create a vibrant city.

Pre-thesis students from the School of Architecture at the University of Limerick (SAUL) have examined the future plans for the 54,000 square metre site in great detail, identifying important aspects they believe the current site is missing.

Among the proposals put forward by students is a call for more residential housing to be included in the development, which is currently before An Bord Pleanala. “If less than half of the 45,000 area of the site was allocated to housing, you could have 200 housing units,” SAUL student Anna Fagan said.

An extra 200 units equates roughly to 600 people living on the block according to current average family size in Ireland, she added.

With the majority of 15% of designated ‘living-space’ within the current proposal described as ‘apart-hotel’, less than 5% of the site has been set aside for residential housing, SAUL student Dáire English said. Two thirds of the site is to become office space.

“There is no problem in principle with office space, but there needs to be a balance between residential and commercial for Limerick to become a thriving lived-in city.”

There is also a lack of green-space and fears that the scale of the project does not match with Georgian Limerick, which begins at the Opera site and extends throughout the city.

On Wednesday May 14 and Thursday May 15, 27 projects designed by SAUL students, showing what they would like to see the Opera Site become, will be on display at Fab Lab studios on Rutland Street, open 9.30 am to 5.30 daily.

In March, Limerick City and County Council lodged its planning application to An Bord Pleanala for the Opera site, and the council does not comment on applications before the Planning Authority. Submissions and observations can be made on the proposals through An Bord Pleanala.