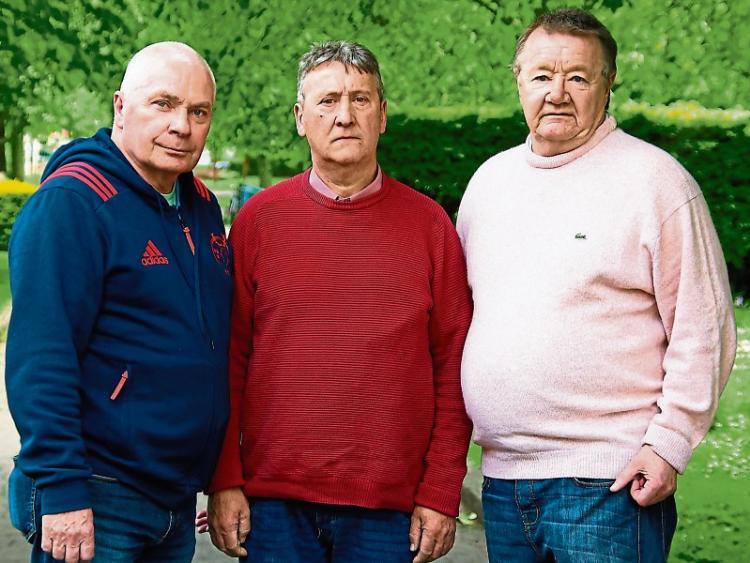 A GROUP of men who were sexually abused as children by their teacher, and are currently fighting to access redress from the Government, are to begin a campaign to highlight what they feel is a lack of action on their case by the Fine Gael party.

In the lead up to the local and EU elections, former students of Creagh Lane National School are to begin to ‘anti-canvass’ members of the Fine Gael party, who they believe have let down survivors of sexual abuse.

The group believes that the party has not listened to their concerns or taken their case seriously and literature produced by the group accuses the party of “hypocrisy”.

“Survivors can remember their ordeal in a heartbeat,” the leaflet states. “We feel abandoned in the playground of school once again.”

The anti-canvass is not connected in anyway to the ‘bring it to their door’ campaign which saw the homes of several ministers targeted by protesters, a spokesperson for the group confirmed.

Ex-Christian Brother Sean Drummond was jailed in 2009 for indecently assaulting 19 boys, between the ages of seven and nine, at the primary school on Bridge Street between 1967 and 1968.

Despite the fact their abuser was convicted ten years ago, Creagh Lane students have been excluded from accessing an Ex-Gratia scheme set up to compensate victims of sexual abuse in schools, due to what legal experts believe is a misinterpretation of a previous landmark case in the European Court of Human Rights (ECHR).

To access the scheme, victims must provide evidence that their abuser abused prior to their case. The Creagh Lane students do not meet this criteria as their class was the first class their abuser taught.

Last July, a private members motion, seeking to allow access to the redress scheme for survivors of sexual abuse in primary school, whose abusers have been convicted, was passed in the Dáil with cross-party support.

This motion, put forward by Fianna Fáil deputy Willie O’Dea, was supported by each party except Fine Gael.

“Those who carried out these appalling acts had their salaries paid by the State,” Deputy O’Dea said. “The acts were carried out in schools which were under the management and control of the State and which the victims were compelled, by law, to attend.”

Speaking in the Dáil last year, Sinn Fein TD Maurice Quinlivan said: “These children were failed by a State that should and could have protected them.”

“It is disgraceful that the men from Creagh Lane have had to put up such a fight. Having been subjected to the most horrendous sexual abuse as children, they were denied redress due to barriers put in place by Fine Gael.” It is understood there has been no update in the group accessing redress since this motion passed last summer.