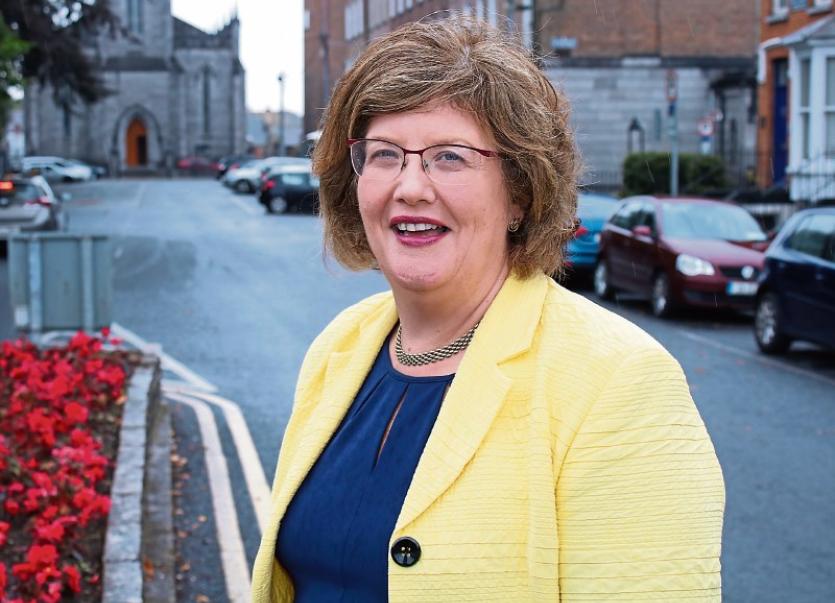 Senator Byrne: cities can benefit from strong, visible leadership and international standing that a mayor,  elected with a clear mandate, can bring

SENATOR Maria Byrne has been appointed as Fine Gael’s director of elections ahead of the plebiscite on proposals for a directly elected mayor.

Senator Byrne, who served as Mayor of Limerick in 2010/11 will oversee the party’s campaign ahead of the vote on Friday, May 24 – the same day as the Local and European Elections.

“As a former Mayor of Limerick, I believe  cities can benefit from strong, visible leadership and international standing that a mayor,  elected with a clear mandate, can bring,” she said.

“Around the world, including in London, a mayor has become a vital part in ensuring that a great city has a strong voice and can attract investment from home and aboard. We need a strong voice in Limerick to create a strong city to drive the region,” she added.

Senator Byrne will be one of a number of speakers who will address a town hall meeting at Thomond Park this Thursday.

The Fine Gael event will be hosted by Taoiseach Leo Varadkar and Rose Hynes, chair of the Shannon Group and John Moran of Liveable Limerick will also speak on the night.

Mr Varadkar will canvass members of the public for a yes vote in Limerick ahead of the town hall event. Senator Byrne, who will contest the next general election in the Limerick city constituency, says she’s in favour of the proposals for a directly elected mayor.

“This plebiscite is about the people of Limerick giving a mandate to a political leader, enabling them to create a new vibrant Limerick.

“All the key ingredients will soon be in place – a deep sea port, an international airport on our doorstep, and a motorway link to Dublin and Cork.

“Having previously served as a councillor I know how fundamentally important it is for joined up thinking at local government level,” she continued.

The mayor will be paid an annual salary of around €130,000 and will be entitled to hire two advisors.