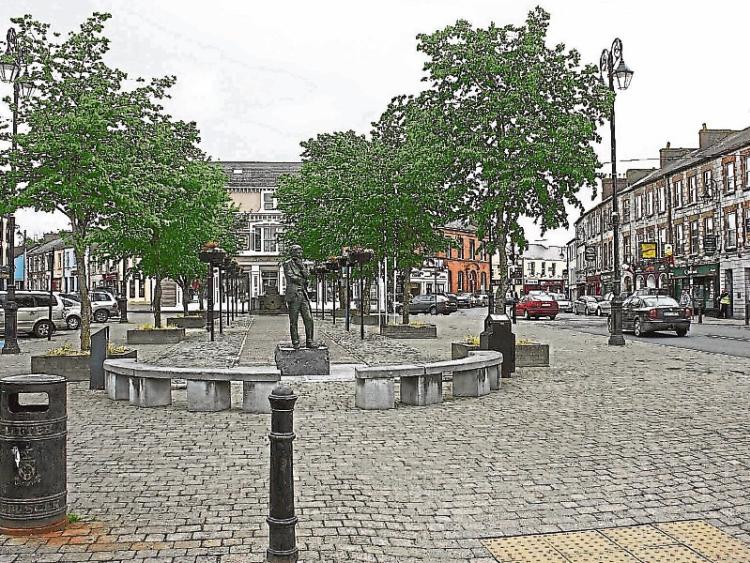 The Square in Newcastle West

MEMBERS of the public are being invited to come along and make their views known at a public consultation about Newcastle West which will take place in the town next Tuesday.

The consultation session has been organised by Limerick City and County Council  which is preparing a new Public Realm and Traffic Movement Plan for the town of Newcastle West.

“The purpose of the public consultation is to get an understanding from the community what they feel are the main strengths and weaknesses of the town and to understand what the key opportunities are,” said Ben Nunan, who is executive engineer with the council.

This new Public Realm and Traffic Movement Plan is not to be confused with the five-year development plan launched last year. Rather, it is intended to complement it.

Consultants Malachy Walsh & Partners have been commissioned to draw up the new plan which was originally intended to look at traffic management only, after a number of traffic blackspots had been identified by local councillors and council staff.

But now, a public realm has been added to the mix. This can include items such as streetscapes, lighting, parking, street art and street furniture as well as public spaces such as plazas, meeting areas and so on.

Next Tuesday, May 14,  the consultants and council staff will meet with various local organisations including the Newcastle West Development Association to canvass their views and get their input.

Then from 4pm to 7pm, also on Tuesday, May 14, the public session will take place in the council offices at Aras Smith O'Brien.

However, the public will have another chance to have their say later in the year or early next year. When the draft plan is drawn up , it will again go on public display and a further public consultation will take place, during which the public can make formal submissions and/or objections. The final plan will have to be approved by the full council.

The Public Realm Plan for Glin launched last summer has now reached the next stage: the preparation of a Part 8 planning application to develop the streetscape and public spaces  in Glin. Preliminary designs and proposals will be available for examination by members of the public at a public consultation which will take place at Glin Library from 4pm to 7pm next Monday, May 13.

The council staff who will attend are keen to get reaction from the public. A draft Part 8 plan is expected to be ready to go on public display in June when residents and members of the public will be able to make submissions and/or objections before the plan is passed, amended or rejected by the councillors.

Read also: Obstacles to getting public pool in Limerick town laid out by Council CEO