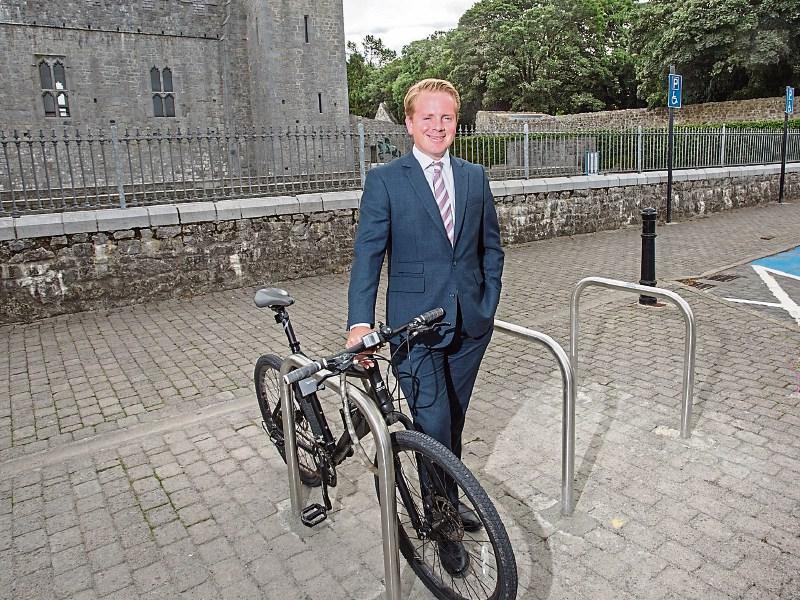 Rossa McMahon: "His (Conn Murray's) response has been to highlight obstacles rather than to advance solutions"

A PUBLIC swimming pool for Newcastle West should be a priority for the new council, Cllr John Sheahan said at last week’s final meeting of Newcastle West councillors.

And he argued that the next council needs to put the money in place to make the complex application needed to get funds under the new Large Scale Sport Infrastructure Fund (LSSIF). Cllrs Michael Collins, Francis Foley and Seamus Browne echoed the sentiments but Cllr Liam Galvin argued the next council could not be bound to such a move.

The comments came after it emerged that the closing date for the first round of funds closed on April 19.

Last month, Newcastle West councillors called on the council chief executive to being the process of applying for funding to provide a 25-metre public swimming pool in Newcastle West.

But in his reply to councillors, Conn Murray explained that the new LSSIF replaces the previous programme that was in place for funding local authority pools.

But he described the application process for such funds as “complex, onerous and nationally competitive”.

Even to be eligible for consideration,  he explained, any project would have to be deemed a “priority “ within the council’s development plan and strategic vision, “demonstrating cross-sector collaboration and clearly identified local priorities”.

The application process also requires that  planning, design and matched funding are all in place along with a business plan and operational plan.

The preparation of a sports and recreation strategy for Limerick City and County was  a necessary first step, Mr Murray said and this was now being commissioned by the council.

This strategy would encompass not just pools but other recreation facilities such as playgrounds.

But a spokesman for the Newcastle West committee campaigning for a new public pool has described Mr Murray’s response as disappointing. “His response has been to highlight obstacles rather than to advance solutions,” Rossa McMahon, PRO for the Dean O’Brien Pool Committee said this week.

“Mr Murray refers to the LSSIF fund as being competitive. I do not see why Newcastle West should be pitted against other areas in a competition but nevertheless we believe that our proposal for a pool in Newcastle West would be very competitive,” he said adding that  the need, suitability and feasibility of the proposal were well established.

“A  project like this cannot get off the ground without the support of the council, particularly when it comes to funding,” Mr McMahon continued but added that there are many ways funding could be sourced. “Limerick City and County Council has proved itself quite successful at obtaining funding from a variety of sources for large developments in Limerick City,” he pointed out.

The Committee would continue to press its case for the new council to facilitate such funding, Mr McMahon said and in the meantime would be taking up the issue with local TDs.