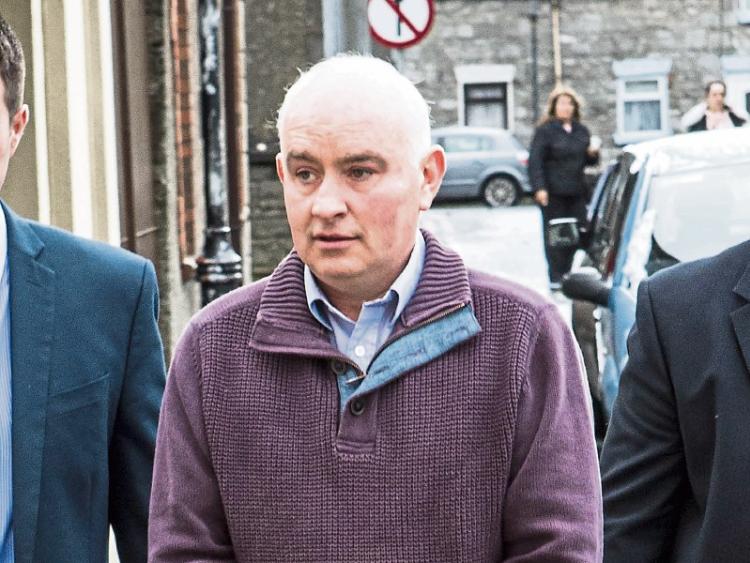 Patrick Quirke was convicted of the murder of Bobby Ryan

INVESTIGATING gardai in the Mr Moonlight murder conducted enquiries into the possible involvement of a foreign national in the death of DJ Bobby Ryan but the man had taken his own life before they could interview him, the Limerick Leader can exclusively reveal.

In what was the longest murder trial in the history of the State, Tipperary farmer Patrick Quirke was last week sentenced to life in prison after being found guilty of the murder of part-time DJ Bobby Ryan.

“It was believed that a Polish national was involved in the murder with him and his conscience may have got the better of him and he took his own life,” a garda source told the Leader this week.

“The gardai didn’t get to interview the man. He had taken his own life at the time the possible link was made so it couldn’t be substantiated any further,” added the garda source.

Mr Quirke, 50, of Breanshamore, Co Tipperary had pleaded not guilty to the murder of Bobby ‘Mr Moonlight’ Ryan who went missing on June 3, 2011 after leaving his girlfriend Mary Lowry's home at about 6.30am.

According to a local who lives close to the Tipperary border, one theory is that there were two Polish men involved in the murder.

“The talk is that one was asked by and paid by Quirke to get someone to murder Bobby Ryan which he allegedly did. That man, also from Poland, supposedly carried out the murder, went back to Poland and took his own life,” said a local.

The woman at the centre of the love rival case, Mary Lowry, worked for a meat company in Limerick for 14 years, doing accounts and reception, and then met her husband, Martin, in a nightclub in Limerick. Patrick Quirke is married to Martin’s sister Imelda who used to work as a sales rep in car finance for Woodchester, and is understood to have been based in Limerick city for a time.

The trial heard Mr Quirke leased Ms Lowry's 60-acre farm and had an affair with Ms Lowry after her husband’s death, an affair she described as “sordid” and “sleazy”.  However, Mary Lowry was in a relationship with Mr Ryan when he disappeared in 2011.

His body was found in an underground run-off tank on the farm owned by Ms Lowry and leased by the accused at Fawnagown, Tipperary 22 months later in April 2013.

The daughter of Bobby Ryan said in the past week that she believes Patrick Quirke did not act alone. Michelle Ryan says she is now seeking her father's phone records in a quest to bring others to justice. She told The Irish Daily Star: “I do believe there is more than one behind it.”

Michelle added that her father's phone is “crucial”.

During the trial which went on for 13 weeks, the Central Criminal Court heard that Patrick Quirke told one of his farm hands he heard a rumour that Polish people were involved in the murder of DJ Bobby Ryan.

Gary Cunningham told David Humphries BL for the prosecution that he was studying agricultural science in 2013 and did his work experience on Mr Quirke's farms, starting in February of that year.

Following the discovery of Mr Ryan's body in a tank on land leased by the accused the witness had one quick conversation with Mr Quirke in which the accused asked him if he had heard any rumours about what happened. The witness couldn't recall what his response was but said that Mr Quirke then told him he had heard a rumour it was a “Polish group”.

Most mornings during the 13 week trial, Patrick Quirke and his wife, Imelda, caught the train to Dublin at Limerick Junction.

In the evenings, the couple were seen with their dogs, walking through Tipperary town, sometimes holding hands.

In a documentary, The Mr Moonlight Murder,  which aired on Virgin One on Monday night, search experts from County Limerick said they would have found Bobby Ryan after he went missing - if they had been allowed to search the Fawnagowan farm.

Gardai were assisted by Patrick Quirke in the initial searches of the property when Mr Ryan went missing - but were not told about the run-off tank where Mr Moonlight’s remains were later found.

Christopher Kelleher of Abbeyfeale Search and Rescue was one of the members of the search party called in when Mr Ryan went missing.

“If we were asked to search the farm I have no doubt in my mind we wouldn’t be here today, that body would have been found that day,” said Mr Kelleher.

Catherine Costello, who now lives in Croom, is a co-founder of the Searching for the Missing group.

She was asked by Mr Ryan’s daughter Michelle to help in the search and went to Bansha, Co Tipperary, where she met with her and Mary Lowry.

She subsequently took a call from Ms Lowry asking to meet and said she was “very different” in that second encounter.

"At the second meeting she was distraught, she was absolutely roaring crying, I did my level best to calm her," said Ms Costello.

Mary Lowry told her about her former relationship with Patrick Quirke.

“She told me that she had been keeping a secret, that she was desperately worried about Bobby.

"She told me of a relationship, a sexual relationship with her brother-in-law Quirke, she knew it was wrong.”