Labour candidate pledges to keep focus on Europe if elected 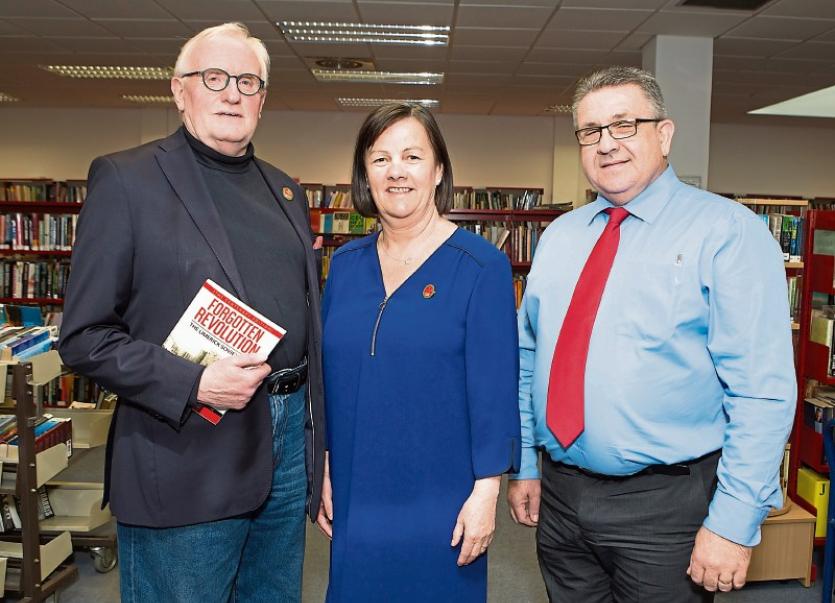 LABOUR’s European election candidate for Ireland South has pledged to serve a full term in office if she is elected.

Sheila Nunan, who is the president of the Irish Congress of Trade Unions, was in the city this week to launch Dr Liam Cahill’s 100th anniversary book on the Limerick Soviet.

A primary school teacher by profession, she also wants to introduce citizens assembly-style set-ups in major cities across Ireland South which our MEPs would be compelled to attend.

A decade ago, Alan Kelly won a European parliament seat off the back of a Labour surge – and although he pledged to serve the full term, he was elected the Dail in Tipperary under two years later.

Ms Nunan told the Leader she has no ambitions for the Houses of the Oireachtas.

“I’m not making a run for Dail Eireann. I’m doing this as I see it as a natural continuation of the work I’ve been doing within the trade union movement and particularly my role as general secretary of the INTO. It’s a European seat for the term of the European seat,” she confirmed.

Some MEPs have been criticised for not making regular returns to the constituencies during their five-year term.

Ms Nunan said: “One of the things I’d be proposing is that there is a need to hold MEPs to account and I think we need to use the model of citizens assemblies. These would be very well-run, but require MEPs to come back.”

The Labour hopeful is joining a crowded field for Ireland South – a huge sprawling constituency covering cities like Cork, Limerick, Waterford, Kilkenny plus towns like Tullamore, Portlaoise and Bray in Wicklow.

The constituency will be a five seater – unless Britain changes course on its plans to leave the European Union.

If Britain does, as anticipated, leave the bloc, the last MEP to be elected in Ireland South will be forced to wait in limbo until the formalities of that are completed.

Due to these unprecedented circumstances, it’s understood there will be two counts in Cork – one on the situation of Ireland South being a four seater, the other on the basis of it being a five-seater.

There has been some comment on the fact Ms Nunan – whose husband’s family can be traced to Limerick’s O’Mara’s – is based just across the Wicklow-Dublin border, meaning officially she falls within the capital’s European constituency.

But she does not see this as an issue, saying: “I’m literally on the Wicklow border. I don’t think it has an impact, because I have worked all over the constituency. I’ve taught for a number of years in Wicklow, and represented teachers in every single town, village and county of Ireland South.”