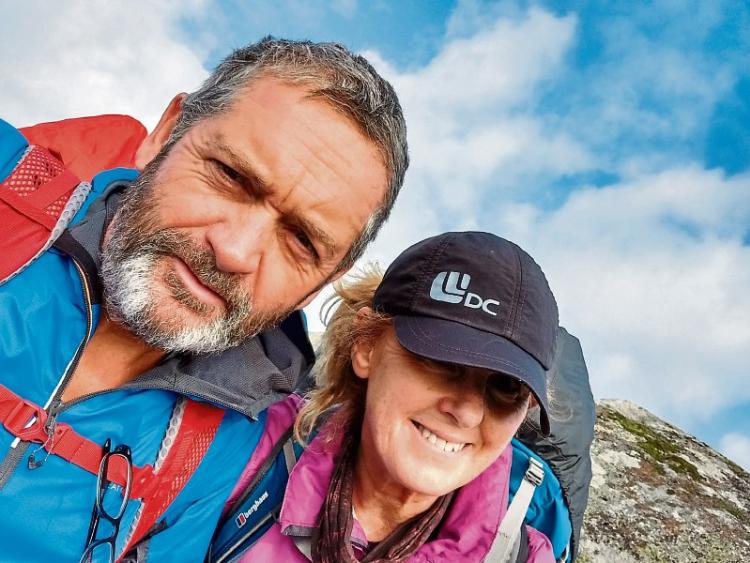 Lucy Dineen and husband Gerard on the Camino De Santiago

FOR 38 days in the autumn of 2017,  Lucy Dineen from Shanagolden and her Ballingarry-born  husband, Gerard, walked the Camino de Santiago, from France to Finesterre, a journey of over 800 kilometres.

They wanted, Lucy explains, to give themselves time and space to make sense of why their son Robert had been ‘ripped’ from them, following a seizure, at just 25 years of age in May, 2015.

“We stood still in time, devastated and broken. Our son was gone and we could no longer hope, dream or share together,” Lucy says.

The years after Robert’s death were a blur, she goes on. “Since that day I have been on a journey into and through grief, seeking to understand our great loss and to find a way to live the rest of our lives while in its inescapable shadow,” Lucy says.

“We needed to find out where to go from here.” 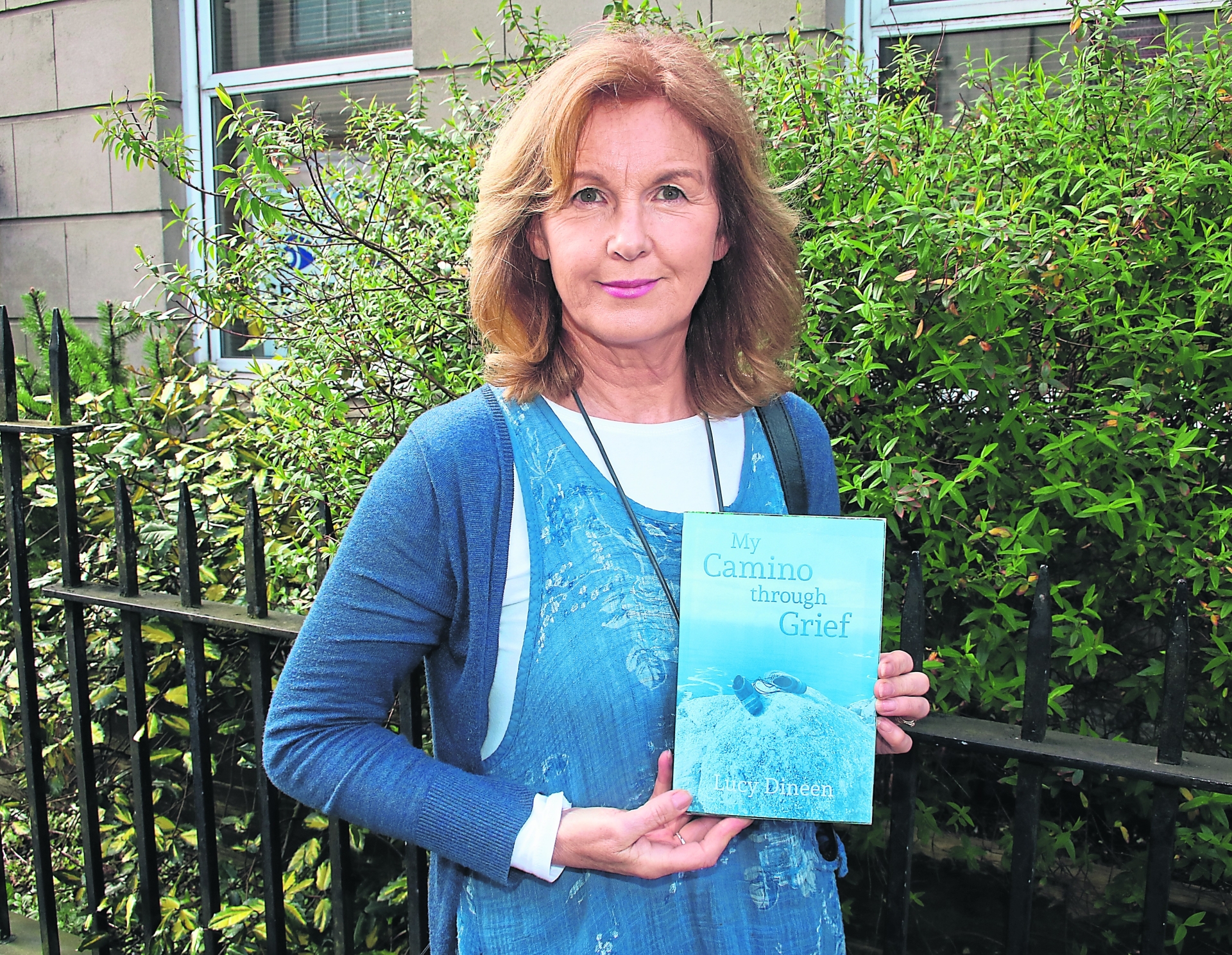 Caption above: Lucy with her book My Camino Through Grief

Her book, My Camino through grief, which will be launched later this month is the story of that journey but also of their Camino journey.

It is, by any reckoning, a scaldingly honest book, deeply human and unflinchingly authentic in its understanding of the ways the heart and mind work. Grief and loss, and the working out of grief and loss and all their attendant emotions, don’t take a straightforward path and the book reflects this truthfully.

The book is also a good, honest account of the hardships and pleasures of walking the Camino. We get lovely cameos of pilgrim life, starting out in the dark of early morning, sharing bedrooms and dinner tables, hearing others’ stories, making connections, avoiding others and dealing with blisters.

The book was written in a blizzard of emotion, in the months after Lucy and Gerard returned from a three-month out-take from normal life  which included the Camino, a long sojourn by the Med to recover and a trip to visit their daughter Rachel in Canada.

It was Rachel, Lucy explains, who shoved a journal into her hands as they set off for the Camino and told her to write. And she did, each evening taking time out, “my feet stuck in a bucket of water” to write a few paragraphs of the day.  From these bare bones, Lucy later built a much more far-reaching story, one that encapsulated what the Camino had become for her: “a road of remembrance, endurance and heartache”.

She does this by interweaving each day on the Camino with flashbacks to Robert, to life before Robert’s death and to earlier hurts, a lost brother, an unkind mother. This shifting from present to past creates a great sense of  movement but also reflects the changing emotions on the 38-day walk.

Some days are easier than others.  “I am amazed I can still get out of bed to start walking,” she writes in one entry. But several pages later, comes a different entry. “We had been walking for ten days, doing eight hours a day on average. If I said that it is easy and that I was getting what I am looking for, I’d be lying. I feel myself being pushed to my limits, both mentally and physically and am happy that I am still able to walk.”

Some days, Lucy feels the Camino is helping her achieve stillness -  ”I am slowly discovering who I really am, and who I can be again”.

Other days, the battle of emotions rages in her mind, anger and blame all clashing.  On yet another day, she writes: “I don’t ask ‘why me?’ anymore.”

Throughout, she builds up a picture of her much loved son Robert who, at age 10, began to suffer seizures which were non-epileptic and characterised as pseudo-seizures. But they were very real and painful for Robert and the family. He also endured panic attacks and acute anxiety.

But the young man that emerges is warm, smiling, helpful, loyal and loving and brave in the face of his condition. “My condition doesn’t define who I am,” he told his mother one day.  He also advised her to “do something that scares you everyday”, a poignant piece of advice given that every day was a scary day for him.

Now, as she prepares to launch her book, Lucy knows what it is to “do something that scares you”. But she admits her biggest fear was showing the manuscript to her husband and daughter. Gerard’s response, she says was a generous Wow! and full permission to include the bits where she got annoyed with him. “It’s not anything you haven’t said before,” he told her. For Rachel, the book was a revelation. “I never thought you felt like that,” she told her mother. “I laughed, I cried, I loved it.”

Writing the book in the aftermath of the Camino walk was cathartic for Lucy. For hours each day, she poured out her thoughts, memories and feelings, “putting it all out in front of me, sieving through it like rubble”.

“Writing was the one thing that saved me,” she says. That, and the Camino itself, which gave her “head space” and helped both her and Gerard see one another in a different light.

She doesn’t chase happiness now, she says.   Contentment is what she seeks, and a mindful life in the new home she and Gerard have made in West Clare, moving there permanently because  the family home in Raheen had too many memories.

And joy has trickled its way  back into her life. Joy is what she feels when sitting by the ocean, she says. “I can feel peaceful.”  There is too the joy that comes from valuing her husband and daughter.

My Camino through Grief will be launched on Friday, May 17 in the South Court Hotel at 7.30pm. The book published by Trebor is available online here and later on in bookshops, priced at €15.99