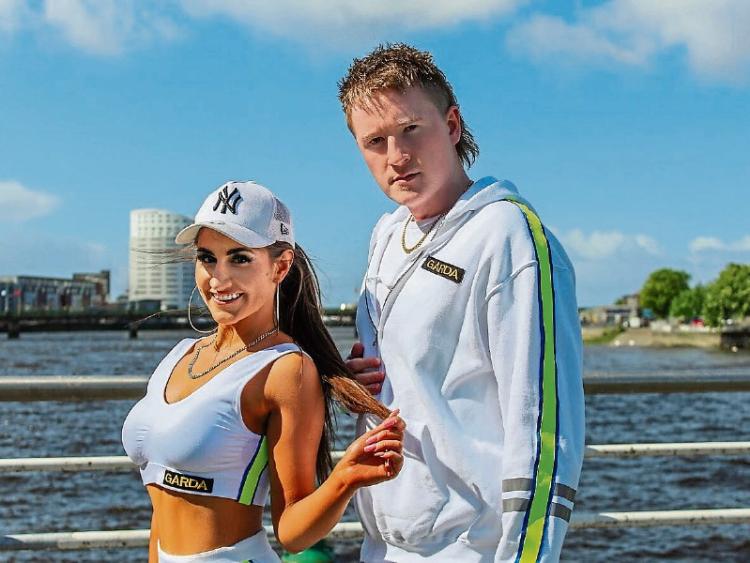 Mason Roche, aka MXSE, has expanded his 'garda' tracksuit attire to women

A LIMERICK rapper who created the Garda tracksuit has unveiled new female and navy versions of the outfit.

Mason Roche, whose stage name is MXSE, went viral after images of the original white tracksuit were shared on social media. Now he’s back with a navy tracksuit and a ‘Bean Garda’ line for the ladies.

“I wanted to add a bit more variety and add something a bit more feminine for the women. The navy one is because people kept asking why I hadn’t made one that was inspired by the uniform,” said Mason.

Mason says he has received a lot of positive feedback following the release of the tracksuits, with many people asking where they can buy the unique outfits.

“A lot of people want to know where and how they can buy them. But I see this more as a marketing tactic to promote my music. If people want to buy them, they will have to come along to one of my shows,” said Mason.

“I will be putting the word out soon in regards to my upcoming shows, so people will have to keep an eye on my Facebook and Instagram,” he added.

Day out with the wife

Modelling the ‘Bean Garda’ outfit was Emer Varley from Ennis.