Limerick teenager looks to inspire others to 'trike' something new 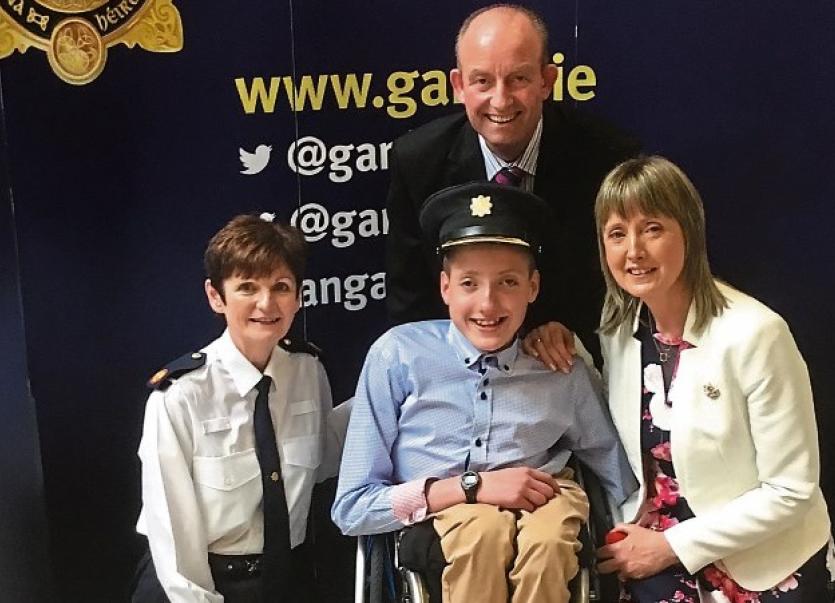 A Limerick teenager, who was honoured at the inaugural garda national youth awards at the weekend, is seeking support to help and inspire others with disabilities and challenges.

Sean Byrnes, 14, who is confined to a wheelchair due to Spina Bifida, will be competing alongside his mum Fiona in the Great Limerick Run this weekend using his hand trike.

It will be Sean’s fifth year taking part and he is looking to start a hand-trike club in Limerick to encourage other people with similar conditions to get out, exercise and socialise with one another.

The trikes cost between €1,500 and €2,000 and Sean is hoping to buy five of them for the club he intends to call Wheels In Motion. To that end, he has set up a donations page at which people can contribute to the cause. The website address is here.

A native of Caherconreafy, Pallasgreen, and a student at Scoil Na Tríonóide Naofa, Doon, Sean won a Special Achievement Award at the ceremony in Portlaoise.

“It is fantastic that someone like me with Spina Bifida and Hydrocephalus would be chosen for this award,” said Sean. “This is the best day of my life and I hope it will inspire others.”

He was presented with his prize by assistant commissioner Anne Marie McMahon, chairperson of the organising committee, who officially launched the ceremony and deputy commissioner John Twomey.

Sean thanked Miss Casey, principal at Scoil Na Tríonóide Naofa, and Mr Corcoran, vice-principal, for nominating him for the award.