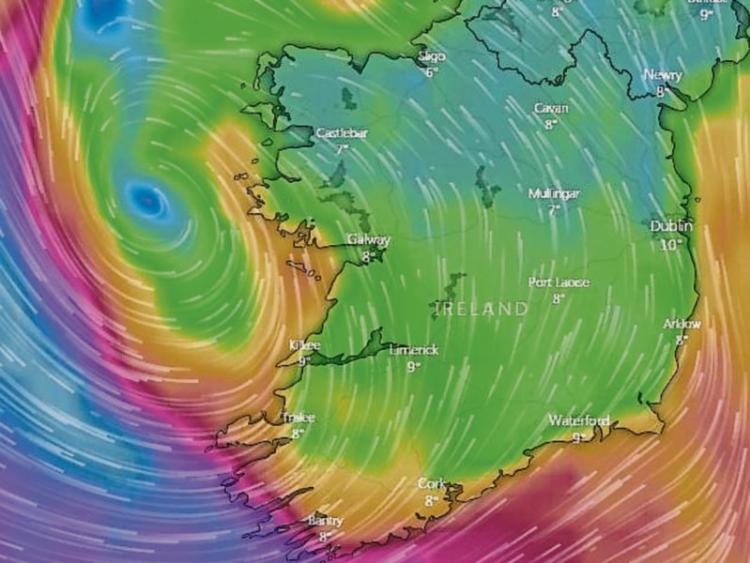 WINDS have brought down a number of trees across the county and thousands of homes remain without power as Storm Hannah continues to batter Limerick this Friday night.

Almost 1,600 homes remain without power as Storm Hannah tracks across the county, mainly in Askeaton and near Ahane and Annacotty.

Approximately 10,000 electricity customers are currently without power in Cork and Kerry, and the ESB has warned there could be further damage to the network.

Gusts of 119km were earlier recorded at Shannon, according to Met Eireann.

The Corbally Road in Limerick City has been completely blocked by a fallen tree, according to AA Roadwatch.

Motorists are advised that trees have fallen on the Limerick/Birdhill Road at Daly's Cross, and on the Athea/Reens Road between Ardagh and Reens.

There are also two trees down on the N21, one is near Reens and the other near Newcastle West.

There is also a fallen tree on the N20 near Croom.

The wind has also brought down a tree near Clancy’s Strand and in  the Corbally area, a large oak tree has been brought down between Larkin's Cross and Corbally United.

Meanwhile, Bus Eireann has cancelled all of its services this Friday night due to weather conditions.

Customers are advised to check the Bus Eireann website for updates on when its services will resume.

The ‘Status Orange’ wind alert remains in place in Limerick until 1.00am on Saturday April 27.