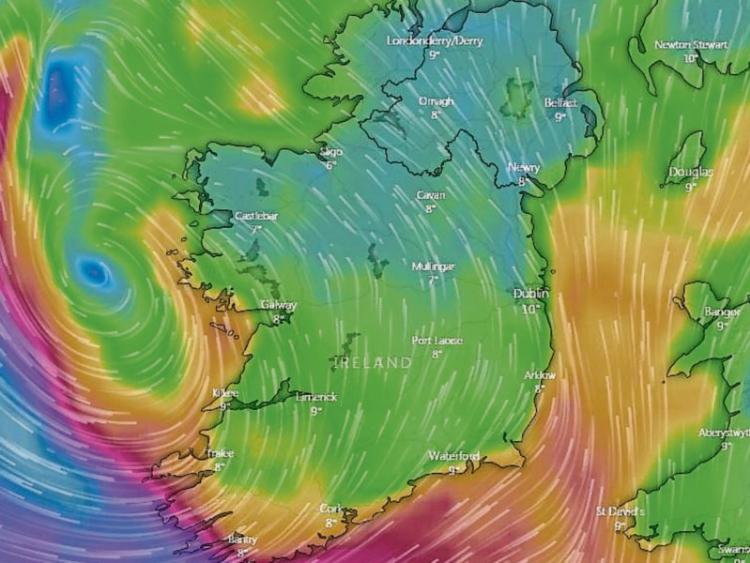 More than 1,800 homes are without power as Storm Hannah arrives in Limerick

MORE THAN 1,800 homes are without power as Storm Hannah arrives in Limerick this Friday night, bringing with it severe winds and gusts of up to 130km.

Two outages, reported in both Ahane and Askeaton, are currently affecting 1,828 households in Limerick.

Approximately 10,000 electricity customers are currently without power in Cork and Kerry, with further damage to the network expected as the storm continues to track across other counties, the ESB has warned.

Members of the public are reminded to never touch or approach fallen wires or damaged electricity networks if they come across them, and to report damage by calling 1850 372 999.

“ESB Networks has mobilised and is in the process of despatching repair crews to affected areas to make the electricity network safe, assess the damage caused and safely restore power as quickly and effectively as possible,” a spokesperson for the utility said.

The damage is mainly attributable to trees falling on overhead lines as a result of the high winds, he added.

A number of trees have been brought down by the storm in Limerick, including on the road between Ardagh and Reens as well as on the Tipperary and Childers Road.

Customers should have their MPRN available to access recorded information specific to their location.

In the event of a power cut, the ESB advises to turn off electric cookers, ovens and irons, take care using candles, ensure adequate ventilation if using gas heaters and leave a light switched on so you know when power is restored.

Real time information on power outages and restoration times is available on the PowerCheck App or www.esbpowercheck.ie.

You can also check @ESBNetworks on Twitter for updates.

Meanwhile, Shannon Airport is advising passengers to check their flight status with their airline before making their way to the airport.

Two flights due to arrive and depart from the airport were cancelled earlier this Friday.

The ‘Status Orange’ wind alert remains in place in Limerick until 1.00am on Saturday April 27.