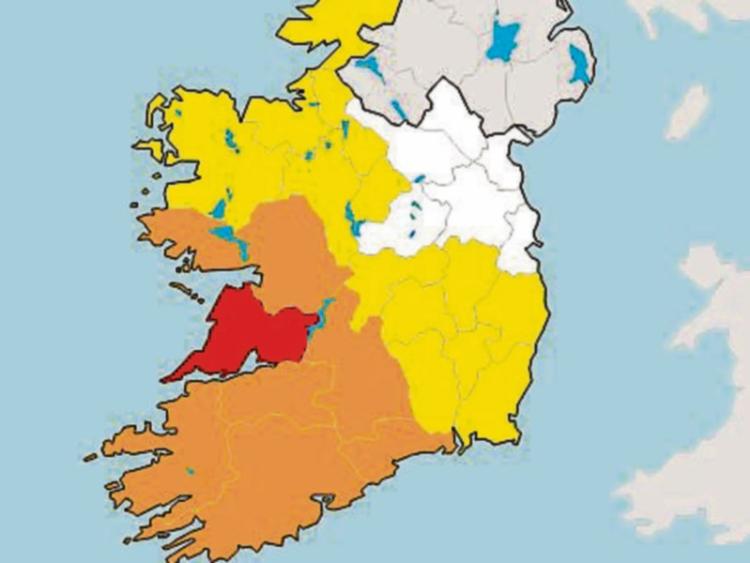 MET Eireann has declared a Status Red wind warning as Strom Hannah is expected to hit the region, including Limerick, this Friday evening.

Met Eireann said that the northwesterly winds will bring “violent gusts” up to 150km/h between 8pm and 11pm this Friday.

While the strong gusts are expected to hit the west coast, including Galway, Kerry and Clare, Met Eireann says Limerick will not be as badly affected as its neighbouring counties.

Head of forecasting, Evelyn Cusack told the Limerick Leader that she “does not envisage” that Limerick will see a similar Status Red warning this Friday evening.

Status RED - Wind Warning for Clare
Northwesterly winds, associated with Storm Hannah, will reach mean speeds in excess of 80 km/h with violent gusts of 130 to 150 km/h for a time this evening.

Gardai and Limerick City and County Council have issued urgent warnings to the public as Storm Hannah is to hit Limerick at 4pm and conclude at around 1am this Saturday.