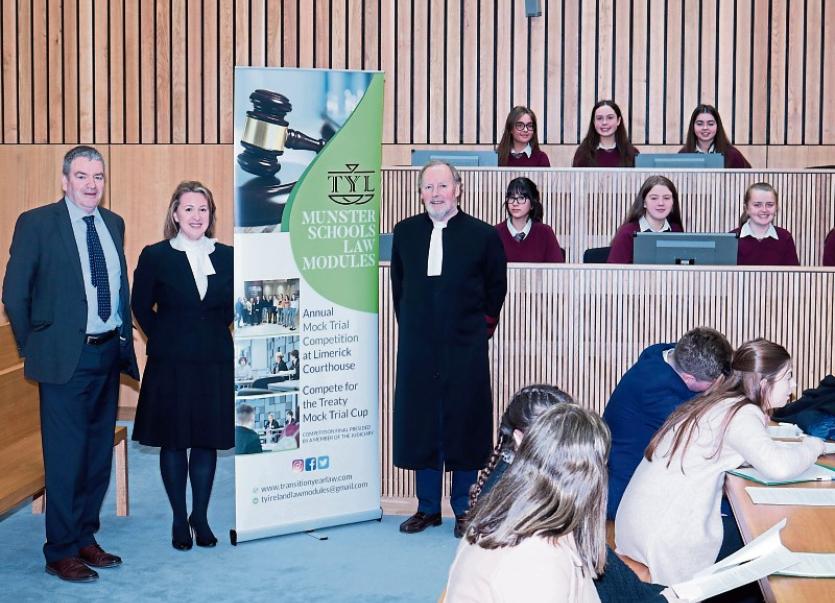 “The students receive so much from the day, an insight into the court system first hand, seeing the inside of a courtroom, meeting the judge,” said TY Law Ireland coordinator Catherine Mc Loone BL.

“They also met with the court services manager Gerry McCague, who assisted with facilitating this event.”

Judge Tom O’Donnell, who presided over this trial during the court’s vacation, presided over the trial which saw students acting as legal professionals, the court registrar, jury members and foreperson of the jury.

Students also acted as the court’s sketch artist, a court reporter, a state pathologist, ballistic expert and an alibi witness.

Well known local artist Frank Bouchier presided over the courtroom sketch artist segment of the competition. He presented his fantastic sketch from the event to Judge O’Donnell at the end of the trial.