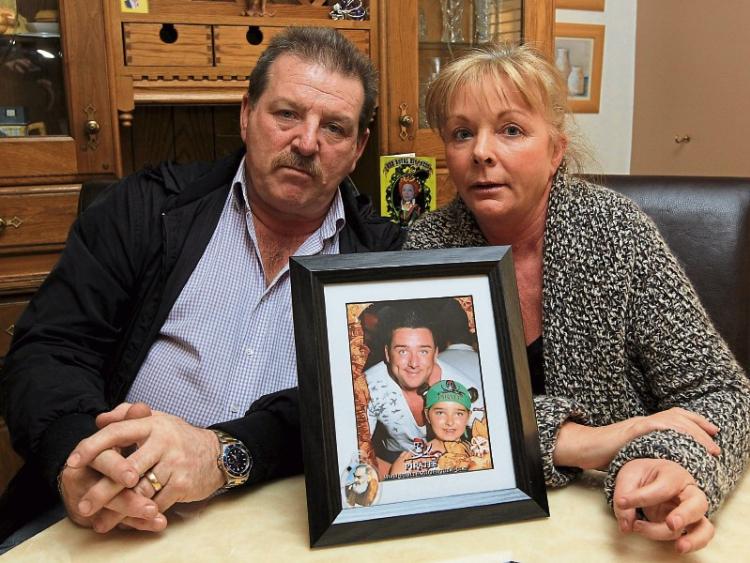 Steve and Carmel Collins at their home in Limerick. Picture: Padraig O'Reilly

The death has occurred of Carmel Collins, mother of Roy Collins, who was shot dead in a gangland attack in Limerick 10 years ago.

Mrs Collins, who was in her 60s, passed away peacefully at Milford Care Centre.

Roy Collins was just 35 when he was shot dead by members of the Dundon-McCarthy gang in Limerick in 2009.

Her family recently marked the 10th anniversary of his killing.