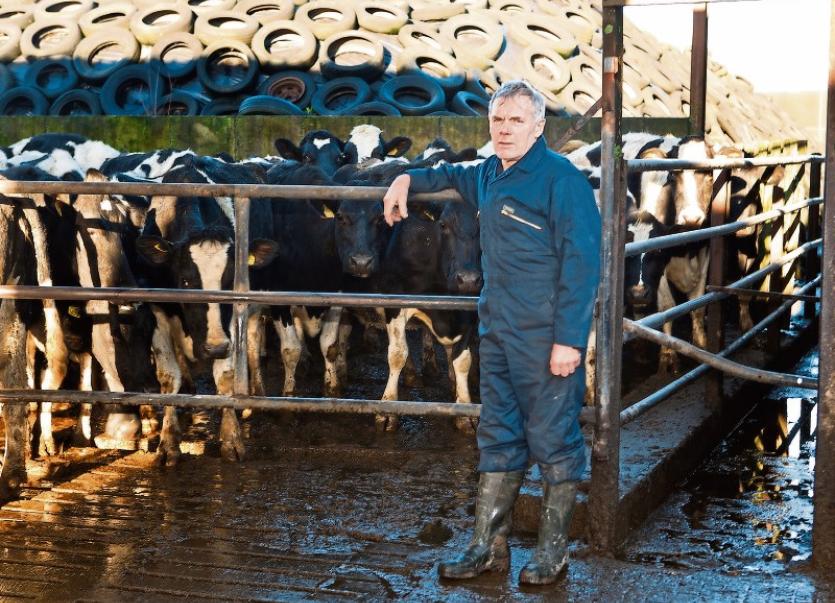 THE CHAIRMAN of ICMSA’s dairy committee has said that a “degree of credit” was due to both Dairygold and Kerry for their decision to hold their price for milk supplied in March.

Ger Quain, from Colmanswell, said that Limerick’s milk was supplied to these two processors and that suppliers throughout the county had anxiously awaited the decision on their March product.

“The calm response in Limerick contrasted with the anger and cynicism expressed by dairy farmers in other parts of the country – specifically the massive swathe of the east that is the catchment area of Glanbia, but also the border region that supplied milk to Lakelands. Both of these processors cut their price to farmer-suppliers for March milk in a move that sparked public expressions of resentment from the farmers.

“We’re happy to acknowledge the decision by both Kerry and Dairygold and to note that it demonstrates a commitment to their suppliers,” said Mr Quain.

However, there’s a growing problem - and it’s very clearly perceived by farmers – he said.

“Where the Ornua PPI goes up steadily, month after month, and either there’s no increase in farmer milk price at all, or there’s a marginal increase that is hopelessly less than the rise in the Index would justify. The contrast when there’s any kind of tiny fall in the Ornua Index is very revealing. When that happens, as it did recently - chiefly on account of Brexit uncertainty – the farmer price is cut instantly and substantially.

“I can’t stress enough how important it is for Limerick’s economy that our critical dairy farmer sector has a decent milk price going into the peak production period starting mow and going through to July. That money goes back into the wider rural economy and its effect is multiplied as it does. That’s the reality and that’s why the Dairygold and Kerry decision to hold their price was so important,” concluded Mr Quain.