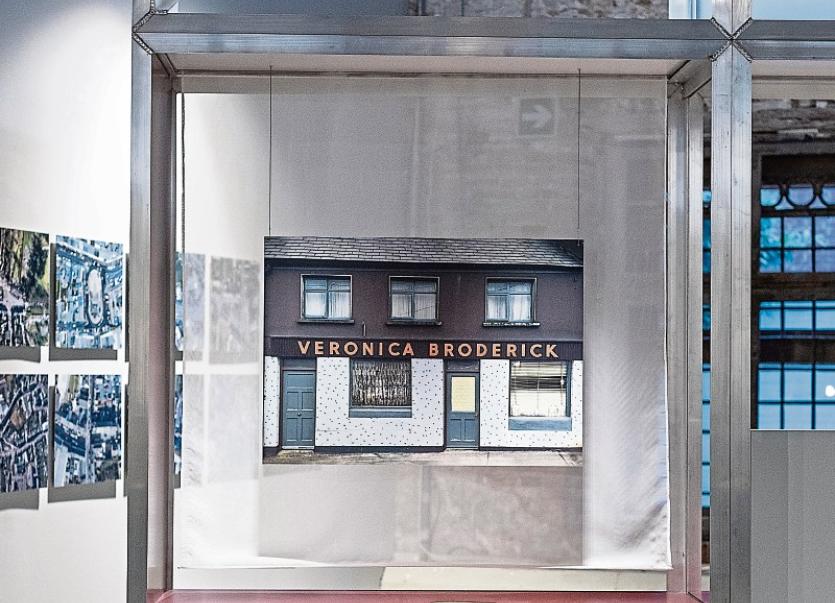 Veronica Broderick's in Abbeyfeale as featured in the Venice Biennale

TO MANY in the town of Abbeyfeale, Veronica Broderick’s shop is just like any other.

A beacon of a bygone era, it’s bold orange typeface lettering and mosaic tile walls have blurred into obscurity for those who see the shop front on a daily basis.

No one from Abbeyfeale would expect this humble store to be the centre of a Venice architectural exhibition, but as often is the case, art comes from the most expected places.

So in a bizzare turn of events, Veronica Broderick’s took centre stage at the Irish Pavilion of the Venice Biennale of Architecture for 2018.

As well as addressing the academic side of architecture, the Biennale provides an opportunity for architects and designers to showcase new projects, arranged in different pavilions, each with different themes. The Architecture Biennale is currently held in the Biennale Gardens.

The 2018 Irish Pavilion was themed ‘Free Market’. It aims to look at the generosity, humanity and possibility in the common spaces of Ireland’s market towns. Small town market places, once the economic and social hubs of rural Ireland have undergone fundamental change and many have seen their function as places of exchange and congregation diminished. Free Market proposes to reclaim these places of interaction and community.

Orla Murphy, who teaches at UCD, explained the choice to include Veronica Broderick’s into the display.

“I passed by Veronica’s shop a lot when I would travel down to Kerry. It always caught my eye. Lots of shops are unique, but there was something about this shop’s mosaic tiles and distinctive bright orange type really stood out to me,” said Orla.

“So I knew Trevor Finnegan, who also fascinated by architecture and had been photographing sharp prints for years. And I asked if he had a photograph of Veronica’s shop. He said he hadn't but that, he was hoping to go and actually see if he could photograph it,” she added.

After Orla saw the photos, a decision was made to make the shop the centre of the Irish display.

“We decided to use Veronica’s shop as a touchstone of sorts. We had a typeface created based on the writing above the shop. We used this for everything, for all of the displays, as well as a font for a paper we created,” said Orla.

“We also used the unique mosaic displayed outside the shop for the entire pavilion. There really is something lovely about it,” she added.

The project, which has been seen by over 300,000 people in Venice, will soon tour Ireland. Including a stop in Kilmallock in September.

Orla has encouraged people to come along and rediscover there deep rooted connection to towns in Ireland.