‘The Limerick Soviet has finally found its time' 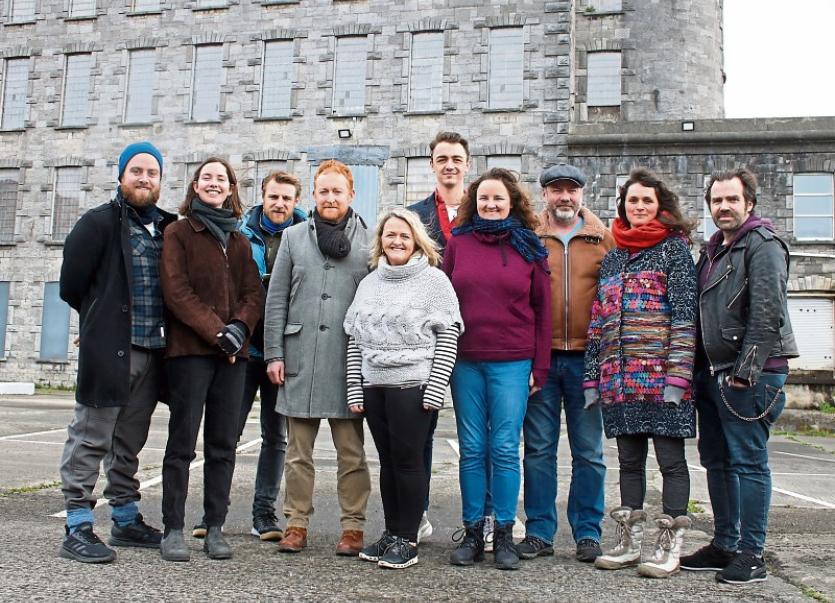 LEADING local playwright Mike Finn has admitted he is “not sure when he was last as excited” about a performance as the one he is putting on next week.

It’s just days now until the doors of the former Cleeves factory at O’Callaghan Strand open to the public for Bread Not Profits, which focuses on the two-week period in 1919 when Limerick workers took on the might of the British empire.

A 30-strong cast made up of professional actors, community players and three musicians have been busy putting the final touches to the play, which kicks off next Wednesday, April 17, with a preview the night before.

“I have wanted to write this play for the longest time, and obviously the centenary was the time to do it,” said Mike, who spent his year as the artist-in-residence at the Belltable theatre penning the play.

”It’s exciting to see it get this far. I can’t wait for it to open. It’s a big monster of a play, because of where it is. To be doing it in this location, 100 years almost to the day is a privilege for sure,” Mike added.

Setting the play in Cleeves was an easy decision for the writer, and it’s apt, given the fact workers at the old toffee factory were among the first people out on strike – in spite of the anti-republican sentiments of the firm’s owners.

“Rehearsals have been going really well. Paul Mead, who is one of the producers from Guna Nua theatre company in Dublin, he came down on Friday, his first visit, to make sure we were doing what we were supposed to be doing. And he described it as being like on a film set. And it is like a film set – there are so many people going around. It resembles more a film set than a theatre play,” Mike said.

In the play, Mike has attempted to drill down to the most basic level of the Soviet – arguments in the family home, among husbands and wives of the time.

“One of the things that’s a difficulty when you take in something which is so big and broad and political is how do you find a way into it? What i’ve chosen to do is to look for some kind of domestic situations which might illustrate the larger picture. For example, one of the scenes, is between a baker and his wife. The wife is quite enthusiastic about the strike, and is excited as to what it might develop into. Her husband is more sceptical – understandable really as he has a business which he might lose,” Mike explains.

There is a deep county Limerick connection to the title of Bread not Profits, Mike adds, pointing to Bruree and a bakery in the village.

“The name is a bit of a steal to be honest with you. There were about 100 Soviets altogether in Munster between 1919 and 1920. A few of them were in the county. One of which happened in 1920 in a bakery in Bruree. Workers took over the bakery as they were in dispute with their management. They painted across the front of it: Bruree Soviet Mills: We make bread not profits,” he recalled.

Interestingly, the audience at the performances will be split up into small groups and see different parts of the performance at different times, a task which Mike says has made things even more difficult.

"It’s a little crazy to say the least, but it’s been working out so far. When the audience come in first, they are greeted.

“Then they will be told how the evening will progress. Once the firt scene is over in the committee room, they will be divided into groups. People will get a coloured armband, and depending on which colour, you have a different route through the factory. We come back together at the end,” he explained.

Mike adds he is surprised at the amount of sheer goodwill there is in the cast, saying: “Even the actors from out of town really and truly want to tell this story to Limerick.”

“I think the Limerick Soviet has finally found its time. It’s taken 100 years, and a lot of people up until recently had not heard of it. It’s so unique to Limerick, it didn’t happen anywhere else. It’s the only part of the country where people took over the running of the city as a response to the British military.”