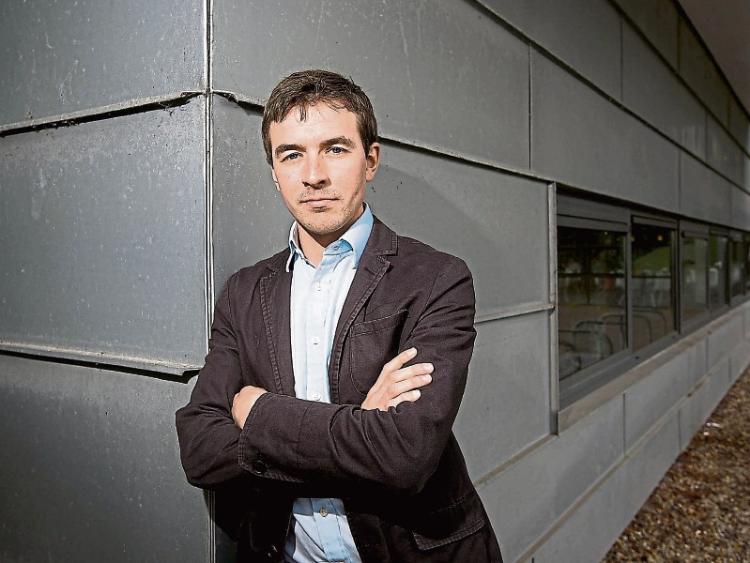 Dr Stephen Kinsella: "One of the things I see as really, really important on an institutional level is that UL will now share the city’s concerns in a really deep way"

THE University of Limerick locating a campus in the city centre will be seen as an “historic” moment for Limerick’s development, a leading economist believes.

Dr Stephen Kinsella, associate professor of economics at UL, believes the development of the new campus at the long vacant Dunnes Site on Sarsfield Street will have significant impacts on both the city and the university.

“When you put it into its proper historical focus, the university is only 42 years old and the city is only 1,000 years old, it’s a really big deal,” Dr Kinsella said.

“I think it will be seen as significant because it will change the development of the university and the city.”

Dr Kinsella stressed that it is not the case that Limerick isn’t a university town already, but that the new campus “just increases that”.

“We know that what cities need to thrive is footfall, and this will bring footfall into the city in an enormous way. We are talking about thousands of students and a comparable amount of staff.

“Universities tend to be places where events are held, so you are talking about bringing more life into the city during each semester, and then events as well.

“One of the things I see as really, really important on an institutional level is that UL will now share the city’s concerns in a really deep way,” Dr Kinsella added.

“A very simple example; the UL president recently made a statement about bus lanes. There’s a reason for that - now bus lanes are our problem. We need better transport links because we need to get in and out to this building in the city centre.

I have argued since 2010 that @UL needs to be within the city, to share its concerns, and to act as the engine of development we know the University is, so I’m very happy today. Limerick is already a University town with Mary I, LSAD and LIT. Now it is going to be even better.

“The most important thing from the university’s perspective is that we know we are going to have a move towards lifelong learning. I would really like to see who we educate and what we educate them changing in the city.”

Dr Kinsella identified the university’s key demographic as people from the age of 18 to 26 and said it would be great if it could move into a space where it was educating people across the entire lifecycle.

“I’d like the building itself to be a statement. UL have done this extremely well down through the years. I really, really hope that we can have a statement building or a series of buildings that are tall. I would love if we could build the tallest building in the city.”