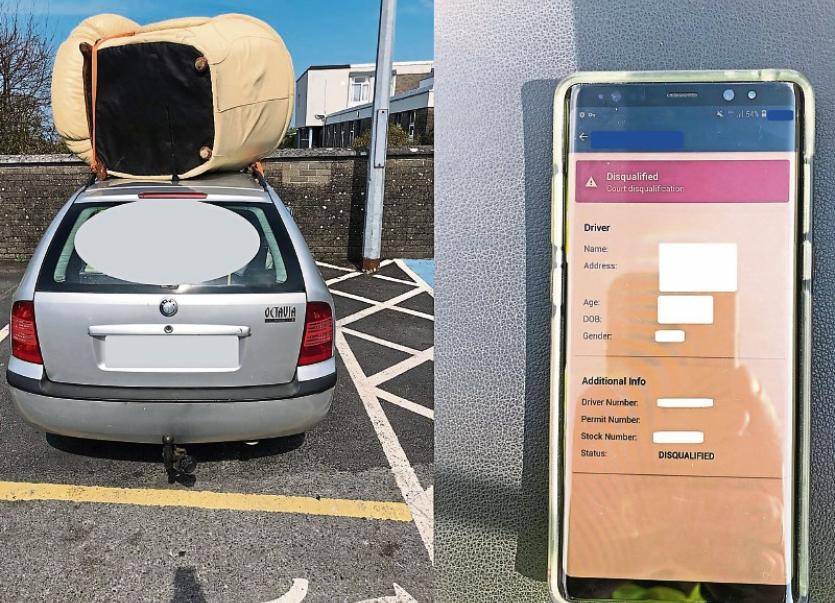 Gardai discovered this motorist transporting an armchair was in fact disqualified

A driver in Limerick attracted attention over an armchair strapped to the top of his car.

Members of the Garda traffic division took a closer look and discovered another problem for the driver – other than having to transport his furniture across town.

In the hot seat !

Driver stopped in Limerick. Found to be disqualified using the mobility app. Charged to court! pic.twitter.com/6ZMwPWFyI7

Using the force’s mobility app, the gardai were able to ascertain that the driver was in fact disqualified.