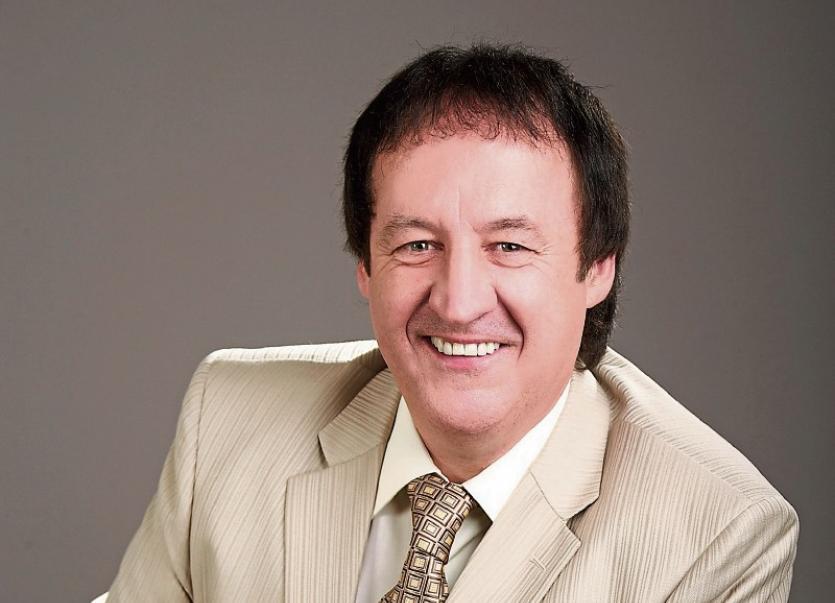 A QUARTER of a century of Thursday night dancing in Limerick city will be celebrated by Declan Nerney.

Memories will come flooding back when the Londford star appears for a big anniversary event at the Greenhills Hotel on Holy Thursday night April 19. The weekly gig, which first started at the then Glentworth Hotel in the mid 1990s, also featured Declan when hundreds of people came from all over to enjoy that first night.

The dance, which later switched to the Greenhills Hotel, became one of the most successful in Ireland, featuring all the top acts including Mike Denver, Michael English, Jimmy Buckley and many more.

John Barrett, promoter of Rolling Back the Greenhills Years, knows of several romances that started at the Thursday night dances in the Ennis Road hotel.

“A number of couples that tied the knot kept coming back to enjoy the jiving, waltzing and quick steps. It was that kind of place, bringing together people from all over the Mid-West and much further away as well,” said John, who has been taken aback by the feedback he has received thus far.

“To be honest, the reaction has come as a surprise. Dancing fans love the Greenhills and they seem to be really looking forward to the anniversary night.” Declan Nerney fondly remembers the launch of Thursday night dancing in the city twenty five years ago.

“I can recall that night very clearly, the place was packed with dancing fans from all over the country,” he told the Limerick Leader this week.

“It was hard to even get through the crowd to make it up on stage. We’ve had many great gigs at the Greenhills Hotel over the years and I’m very much looking forward to coming back for this anniversary. It should be a mighty night of dancing, “ said Declan, who will shortly feature on the annual country music special on the Late Late Show.

Declan is the uncle of pop icon, Una Healy, now dating former county hurler, David Breen. John is nearly sure that Una did a spot at one of Declan’s dances at the Greenhills when she was first starting out.

One particular night will live in the memory for many - an appearance by the late Big Tom for the launch of one of his hit songs, The Same Way you Came in.

“We arrived early to get our tickets, only to find, even at that stage, a queue right out the front door into the car park. The atmosphere was absolutely electric in the ballroom as Tom took to the stage, ushered through a packed crowd by his manager, Kevin McCooey,” a fan recalled this week. Now, responding to requests from many dancing fans, John is Rolling Back the Greenhills dancing years with the 25th anniversary gig on Thursday, April 18.

“Those were magical nights back then when regulars came from all over County Limerick, Clare, Tipperary, Cork and, indeed, very much farther afield to enjoy dancing to all the big names. Jimmy Buckley, who comes from just out the road in Doon, was an especially big draw as, indeed, were other top names like, Mike Denver, Michael English and Robert Mizzell. We also had Nathan Carter on stage a few times.

“The dance attracted huge crowds for a number of years but things began to wane as the recession took hold and the gigs eventually fizzled out altogether. The economy is recovering and there seems to be a demand again to have dancing back in Limerick city. We’ll see how things go for the anniversary night with Declan  and take things from there,” said John. Tickets, €15, 061 453033.