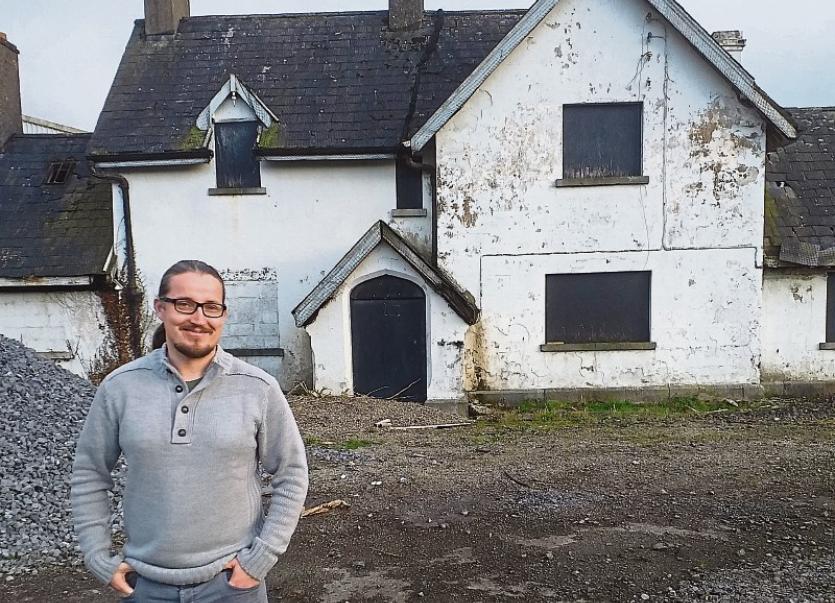 REOPENING railway stations in towns like Kilmallock could “work wonders” for rural Limerick, according to Social Democrat candidate for the area, Trevor McCarthy.

“A rail link would connect Kilmallock to other towns and cities, allow students, workers and pensioners to commute to Limerick, and open Kilmallock to the hundreds of thousands of tourists who pass through Limerick each year. The station is a beautiful and historic building as well, so a small set-up with a museum and café could help to transform Kilmallock,” he said.

Trevor ran a Facebook poll to see what the feeling was locally on the issue. There were 703 votes with 96% in favour of reopening it.

“The underfunded public transport we have which I highlighted a few weeks back is an issue for all of east and south east Limerick,” said Trevor, who criticised the lack of investment in rural public transport, which he claims has left rural Limerick “isolated”.

“No town or village has a train station, despite the Dublin-Cork and Limerick-Rosslare lines running through the area. Even national bus routes don’t run often enough, with towns like Doon, Kilmallock and Kilfinane served only twice a day. For most, there is no alternative to owning your own car. It’s not good enough.”

Speaking about the cost of reopening rural stations, Trevor was critical of government policy which “treats public services like private businesses”.

“It would cost money, like any public work. We can’t insist that public transport pays for itself. The whole point of public transport is to meet a need that can’t be met by a private business. Unfortunately, when it comes to transport, this government ignores the needs of rural Ireland and the environmental and economic benefits that more public transport would bring.”

“Local politicians, especially those from the older parties, go on and on about working for rural communities. It’s all waffle if they’re not fighting for better public transport.”