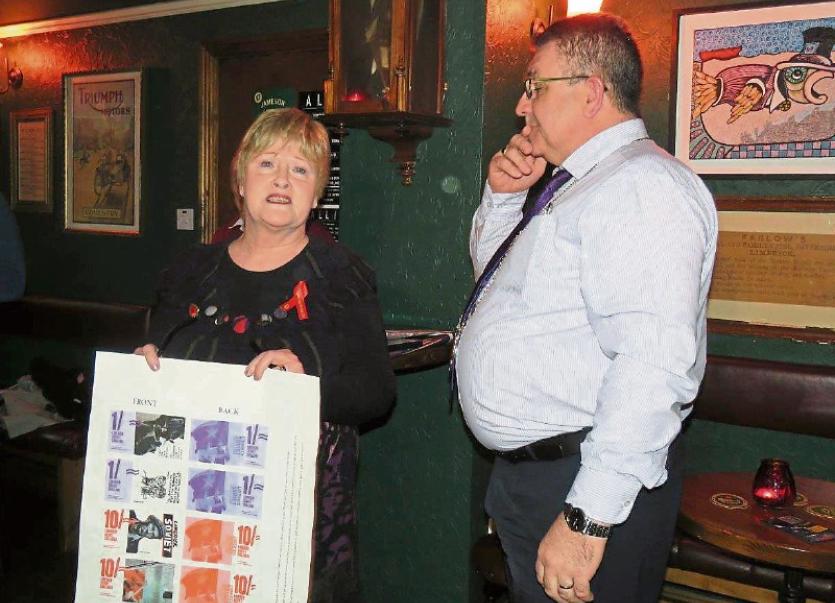 THERE are a wide variety of events taking place in city over the next three weeks to mark the 100th anniversary of the Limerick Soviet.

From bus tours to book launches, and even a panel discussion chaired by respected Broadford journalist Vincent Browne, Limerick will be a hive of activity for the festival.

The Soviet is a largely-forgotten episode in history which saw local workers take control of the city which at the time was facing martial law from the British military.

But it’s hoped by this major series of events, there will be heightened awareness of the episode, with the festival officially launched this week at the Commercial Bar in Catherine Street.

Between Friday, April 5 and Sunday, April 28, there are a number of civic events, including book launches, screenings of documentaries commemorating the era, as well as a major public play, ‘Bread not Profits’, in the former Cleeve’s factory written by top local playwright Mike Finn.

The president of the Limerick Council of Trade Unions Mike McNamara said: “It’s an important piece of Irish history, our labour history, our national history and our national identity. We are commemorating the great men of 1919, who took on the might of the British military and their redundant World War One tanks that were turned upon the people of this city when martial law was imposed.”

This Saturday at 1.30pm, a Trade Union parade will take place from the Mechanic’s Institute in Hartstonge Street, followed by the raising of a red flag outside City Hall to launch the festival proper.

After this, former councillor Cian Prendiville will launch a podcast he has been producing on the story of the Limerick Soviet.

And the following day, there will be a wreath laying at the grave of murder victim and trade unionist Robert Byrne, followed by the launch of a book on the subject by Sinn Fein councilor Séighin Ó Ceallaigh.

Almost every night between April 16 and 27, Bread not Profits will take place at the Old Cleeve’s Factory.

On Sunday, March 14, a bus tour of the sights of the Limerick Soviet will take place, in the company of historian Liam Cahill – widely considered the authority on the topic – and Mr McNamara.

Siptu activist Mary O’Donnell said the message of the Limerick Soviet remains relevant to this day.

“In a world where working people have no agency, are not allowed to be members of a union, you have a situation where capital is gaining all the value of labour and workers are not.

“We are just looking at this from the point of view that this was a situation which showed that people can run a city, run a country and run the world in our own way as we would wish to do so,” she said.

The festival concludes on April 28, with the unveiling of a Limerick workers memorial plaque at the Mechanic’s Institute.