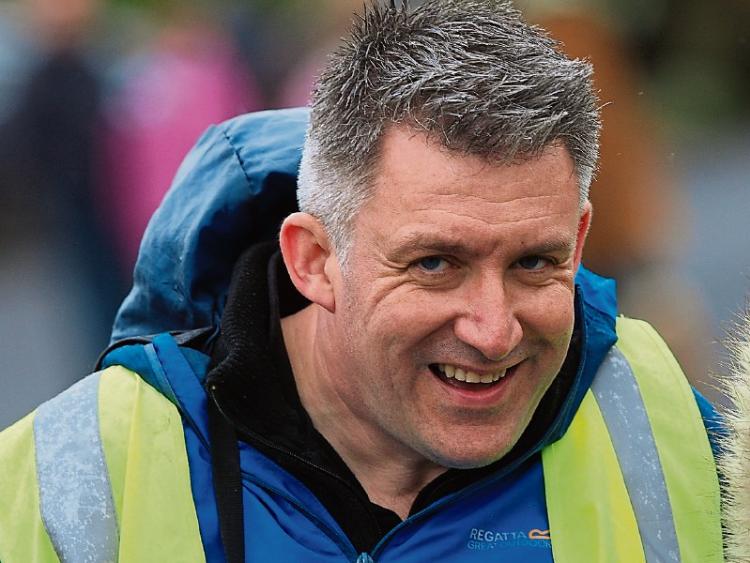 Diarmuid McIntyre: Festival's mission is to "create a home that celebrates and inspires creative audio all around the world"

THE HILLS of south Limerick will be alive to many sounds from this Thursday.

The fourth HearSay International Audio Arts Festival runs until Sunday. Founder and director, Diarmuid McIntyre says their mission is a simple one, “To create a home that celebrates and inspires creative audio all around the world”.

“The model of the event is the world’s finest audio makers take over an Irish mountain village for four days of inspiration with 100 events – performance, workshops, talks, screenings, encounters, installations - in unconventional locations throughout the village and a strong focus on creative collaboration,” said Diarmuid. Artists /contributors will travel from 18 countries and include winners of BAFTAs, Emmys and Golden Globes.

“It’s also a festival that brings together two communities - the international creative audio community and the Ballyhoura community. In doing so we foster collaboration and imagination, compelling insights, creative challenges and unique experiences,” said Diarmuid.

Since it's first edition in 2014, HearSay has grown into an event with a global reputation.

Multiple day passes to HearSay 19 were capped at 405  – including artists, crew, and regular attendees - and booked out in January. Registrations currently come from 31 countries. The profile of HearSay 19 is reflected by the delegates, including from the UK alone - the head of BBC Sound, head of The Guardian Audio, and the head of Audible. But locals certainly haven’t been forgotten about.  All people within five miles are provided with a pass to access events free of charge.

“The engagement with the south Limerick community, which do not generally have access to arts, is a key driver of the festival. One things that gives us motivation is to provide local people with access to exciting new art forms of a world-class standard on their doorstep.

“There are workshops with schools, compositions weaving sounds and voices for local people, collaborations with local drama groups, events aimed squarely at local people and events which work for both local people and visitors. Events take place on the street, in community spaces, in buildings that are derelict in working shops,” said Diarmuid. It all adds up to a massive economic boost for south Limerick.

“There will be just under 2,000 additional bednights as a result of HearSay19. Nearly 20% of those will be in homestays - private houses with spare rooms that spreads the economic impact throughout the community.

“Its first iteration was only possible due to the massive generosity of local business, the Ballyhoura Mountain Lodges gave all their rooms for free for artists as did the Deebert House Hotel. However, if local businesses do not benefit from HearSay then it undermines the local economy when it could be strengthening it.

“As HearSay runs intensely from early morning ‘til late at night, once visitors arrive in Kilfinane for the day - bussed in a special HearSay bus from surrounding towns / villages, they stay and spend their money locally,” said Diarmuid.